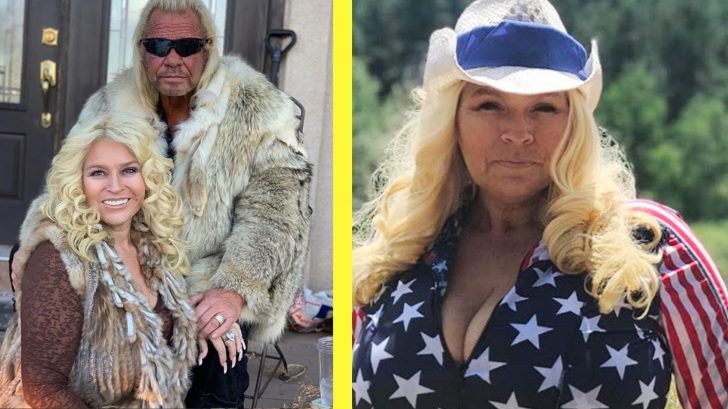 During the newest installment in Dog The Bounty Hunter’s run on reality television, WGN America’s Dog’s Most Wanted show chronicles the last few months of his late wife, Beth’s, life. And with that, her battle with throat cancer – and the choices she made along the way.

In a video from the network, they revealed some of her views on dealing with the health troubles and the reality of what could happen.

“We’re just living every day as much as we can – to the fullest that we can,” she continued, her voice strained with emotion. “And trying to hit every milestone that we can. We’re just gonna have fun and love each other and laugh all the way. And when it ends…it ends.”

Beth passed away on June 26th, 2019 after battling Stage 4 throat cancer. In one of the most recent episodes of Dog’s Most Wanted, Beth herself opens up about refusing to endure chemotherapy further – and Dog also addressed it in a new interview.

“The day that we started the cannabis treatment, [Beth] hadn’t eaten for nine days. The next day, after two doses, she woke up in the morning and said, ‘Honey, I’m hungry,'” Dog told SurvivorNet. “The CBD and the cannabis let her move, let her talk, let her think. It didn’t kill the cancer, but it did lessen the blow.”

Dog explains that Beth didn’t respond to chemotherapy, so she needed to find something that allowed her to function – and that’s what really made the decision for her.

In the episode, Beth opened up about the choice with a very hard-hitting statement:

“Chemotherapy is not my bag, people. Sorry, that’s not for me. So for me, this is the ultimate test of faith. This is my ultimate lesson. And it will either be taught to me or to you. And I am fine with taking the hit for everyone else. Because I think I know another guy who did the same thing.”

Dog backed his wife up 100% and summed it up in the interview with SurvivorNet, saying:

“Beth did not respond to chemotherapy. When you ask the doctor, ‘does this chemo work?’ and he says, ‘each person individually responds to it differently,’ that means it don’t work. You can either live a quality life or a miserable life where you live longer.”