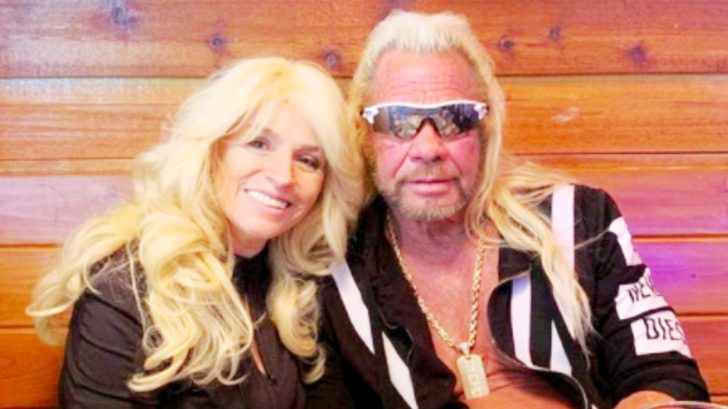 After his wife, Beth, passed away in June 2019, Duane “Dog” Chapman came to the realization that he would experience a lot of “firsts” without her over the course of the next year.

Even though he has since found new love with his fiancée Francie Frane, Dog finds himself missing Beth on holidays and other meaningful days. This Mother’s Day, he remembered her by sharing a picture taken two years prior and wrote, “Mother’s Day 2018 !!! Love you miss you Beth.”

Dog and Beth dated off and on for many years before they finally tied the knot on May 20, 2006. They were married for 13 years before Beth’s passing in 2019.

So when May 20 rolled around this year, it seemed to be a tough day for Dog. In a post on social media, he expressed how he felt about experiencing his first wedding anniversary without Beth.

Before she died, Dog says Beth told him he would be “so sad” when she wouldn’t be there to celebrate their anniversary with him. Dog confirmed his wife was “so right” about that.

“She said Big Daddy your [sic] going to be so sad when I am not here on our next anniversary why did she have to be so right ??” he wrote alongside a throwback photo of him and Beth at a restaurant.

She said Big Daddy your going to be so sad when I am not here on our next anniversary why did she have to be so right ??

Dog’s daughter-in-law, Jamie, commented on the photo, writing, “Happy Anniversary! I know little momma is watching you from above!”

His followers also filled the comments with messages of support. They too, expressed how much they miss seeing Beth and her beautiful smile.

Dog and Beth’s daughter, Bonnie, recognized her parents’ anniversary in a post of her own. She said that even though her mom is no longer with them, they still celebrate her and cherish the memories they created together.

“Happy anniversary, even when you’re not here we celebrate every moment we had with you,” Bonnie wrote next to a picture of her parents.

Happy anniversary, even when you’re not here we celebrate every moment we had with you.

Dog and Beth were partners in all things, including various TV shows.

In her last months of life, Dog and Beth filmed a new series titled Dog’s Most Wanted. The show aired on WGN America, and the network put together a tribute for Beth after her passing. You can watch that tribute below.

Our hearts go out to Dog as he continues to experience more special moments and days without Beth by his side. It’s clear how much he misses her.