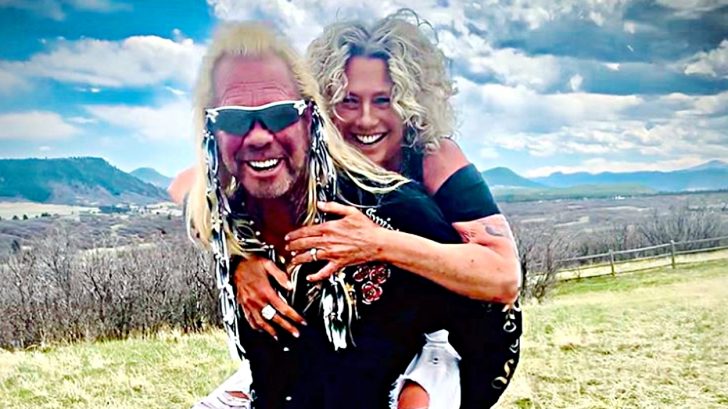 Dog revealed in a recent interview with minister Patricia King that he and his new fiancée, Francie Frane had an emotional connection right from the start.

Dog and Francie first connected when he reached out to the Frane residence, inquiring about landscaping work. Francie’s late husband Bob used to do yardwork for the Chapmans. Francie answered the call and shared that her husband, Bob, had recently passed away from cancer. After hearing the news, an already emotional Dog admitted to King that they both started bawling over their shared losses. Dog’s wife Beth had also recently passed away from cancer.  Over time, they began to form a friendship through their shared grief and recovery and it eventually lead to a romantic relationship.

Dog took to Instagram in April 2020 to announce his new relationship with Francie Frane. He reposted with her caption showing that he shared her sentiment that they were “so excited for this new chapter!”

Less than a month later, he popped the question to Francie, over the weekend of May 2, 2020. While they were at their home in Colorado, Dog got down on one knee, in a candlelit room, and presented a ring box while asking her to spend the rest of their lives together.

Just a week before the proposal, Dog took to social media to profess his love for her saying, “I LOVE YOU WOMAN!!”

In an interview with PEOPLE, Dog opened up about his engagement to Francie, and how he felt as though his late wife, Beth, would approve of his decisions saying:

“If Beth was here, and saw Francie and saw to how she was raised, her morality and this and that, Beth would say, ‘Big daddy, don’t lose her.”

Dog continued in the interview to explain that he needed a partner and that there will never be another “Mrs. Dog.” He admitted he’ll never forget Beth, however, he had to get out there to recover from his loss, and he hoped his story will help others heal. He shared that he didn’t feel as though he was looking for a replacement because that would be impossible to do.

“You can never find one. I’m learning that right now,” he said.

Watch the full interview with Dog and minister Patricia King below.