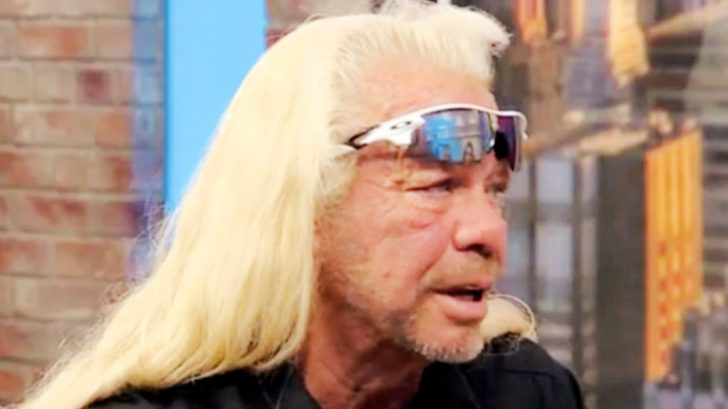 In March, Duane “Dog” Chapman spoke to The Sun about his new relationship with a woman named Francie Frane. At that point, he said he and Francie had been dating for a few months.

The pair’s “miracle” meeting happened after Dog called the Frane house in search of Francie’s husband, Bob, who used to do yard work for him at his residence in Colorado. But instead of reaching Bob, Dog got ahold of Francie instead, who informed him that Bob passed away shortly before Dog lost his own spouse, Beth Chapman, in June 2019.

Dog and Francie began to bond over their shared sorrows, and leaned on each other for support. Their friendship grew into a romance, and Dog now believes their relationship is heading toward marriage.

“There will never be another Mrs. Dog but it looks like there will be a final Mrs. Chapman,” he told The Sun.

Dog hadn’t addressed his relationship with Francie on social media until recently. He reposted a photo she shared of the two of them, which was the same picture they released to The Sun for Dog’s March interview.

Instead of writing his own caption, Dog kept the words Francie wrote, showing he feels the same way as her. “So excited for this new chapter!” read Francie’s original post, with a heart emoji thrown in there as well.

It seems that Dog’s children approve of his new relationship. His daughter, Lyssa, posted the Sun photo of  them and wrote, “How cute are these two ?!” with a heart emoji.

In the comments, another one of Dog’s daughters, Bonnie, dismissed those who have criticized her father for moving on following Beth’s passing.

“My mother would’ve wanted him to be happy,” Bonnie said.

Both Dog and Francie have been through a lot of pain in the past year, so we wish them nothing but happiness.

Learn more about the couple’s relationship and how Dog’s kids are supporting it by watching the video below.