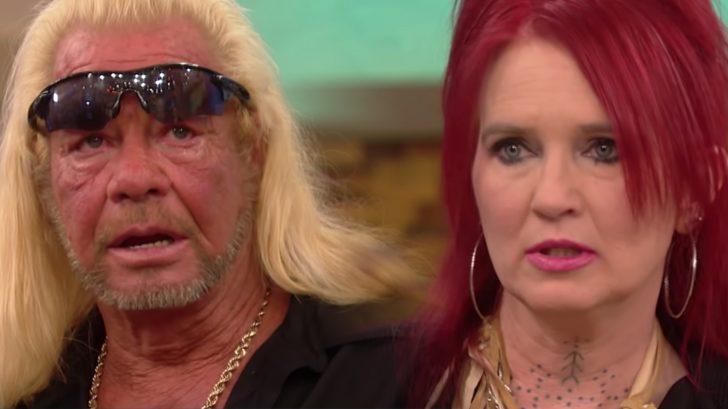 Just a few short days after the clip of Dog The Bounty Hunter proposing to his girlfriend Moon Angell on television for The Dr. Oz Show aired, another clip has been released by the show on YouTube – and it shows a deeply emotional moment for Dog.

Previously on Dr. Oz, Duane “Dog” Chapman has spoken openly about his health struggles and mental health battle following the death of his wife, Beth Chapman, in June 2019. A few months after her passing, Dog was experiencing heart issues and said he thought it was from having a broken heart – as he was deep in grief at the time.

Diagnosed by Dr. Oz, it turned out that Dog actually was suffering from a pulmonary embolism and they worked out a treatment plan right away to get Dog healthier.

Now, in a new clip from the show, Dog explains that he was fighting against suicidal thoughts and that Moon Angell helped him to overcome those.

But he didn’t, he called Moon Angell instead. And she helped him through it.

By the looks of things, it appears that this conversation comes before he proposes to her on the same episode, but we won’t know for sure until it airs on February 3rd.

Watch both clips below.