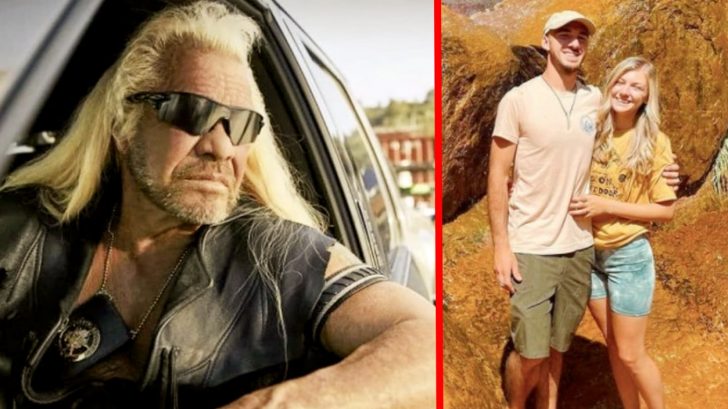 Duane Chapman, known as “Dog the Bounty Hunter,” has joined the manhunt for Brian Laundrie. Brian is a person of interest in relation to the death of his fiancée, 22-year-old Gabby Petito.

On September 1, Brian arrived at his parents’ home in North Port, Florida after embarking on a road trip with Gabby in a van. But when Brian came home, Gabby was not with him. Her parents reported her missing on September 11.

Brian’s whereabouts have been unknown since he left his parents’ house on September 14. Authorities have been searching the Carlton Reserve for Brian ever since, but their searches haven’t been successful.

The search for Brian was officially declared a manhunt after a federal arrest warrant was issued in relation to bank card fraud:

“The search for Laundrie, who has been missing for more than a week, turned into a manhunt Thursday after a grand jury indicted him for alleged unauthorized use of a Capital One debit card and several accounts,” a September 24 report from USA Today reads.

After previously speaking about the case, Dog paid a visit to the Laundrie residence on Saturday (September 25). He has now joined the manhunt, and has set up a phone line (833-TELL-DOG) for people to submit any tips they may have concerning Brian’s whereabouts.

Dog the bounty hunter at the house https://t.co/C4o7kSmc4m

Speaking with the Daily Mail, Dog said he is “chasing several leads” and that he gets “leads every ten minutes.” He later told Fox News he has received “over 1,000 leads.”

Dog shared his “hottest” lead during an interview with The Sun. Based on the information he’s received, Dog says it seems likely Brian could be somewhere along the Appalachian Trail. “If there’s anywhere out there that looks the hottest, that could be the area,” Dog said.

In a new interview with Fox News on Monday (September 27), Dog said a tipster sent in a promising lead, and he followed it.

“He told Fox News he received a tip on Monday that Laundrie’s parents spent the night in Fort De Soto Park with their son twice in early September from Sept. 1-3 and Sept. 6-8,” Fox News reports. The campground is 75 miles away from where the Laundries live.

In his interview with Fox News, Dog confirmed that the tip turned out to be true…the Laundries were at the campground:

“They were registered, went through the gate. They’re on camera. They were here,” Dog said. “We think at least if he’s not here right now, we are sure he was caught on camera as he went in the gate — that he was here for sure. Not over in the swamp.“

Check out the video below to watch Dog’s interview with Fox News about this huge lead he uncovered.