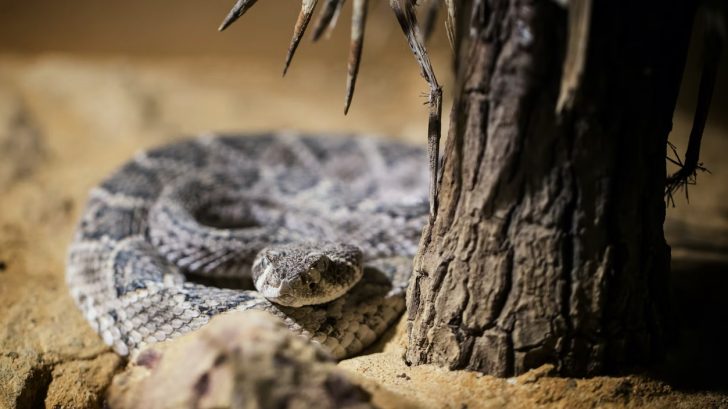 A pet owner and his dog named Chief were playing a game of tug-of-war in the backyard when the dog bravely saved him from being bitten by a venomous rattlesnake.

The man said everything happened so quickly…one second, they were pulling on a rope together in an intense battle of tug-of-war, the next second the dog let go of the rope when and the pt owner went falling to the ground.

Chief was aggressively snarling, growling, and attacking something on the ground. That’s when the dog pick what appeared to be a rope off the ground and started slinging it around in the air.

It was with great surprise that he realized it wasn’t a rope at all, but a highly venomous rattlesnake his dog was trying to protect him from.

“Rattlesnakes are large, venomous snakes that are found throughout North and South America. The greatest concentration of them is in the Southwestern United States and in Northern Mexico. Arizona is home to 13 species of the rattler, more than any other state. The most distinctive feature that these species share is the rattle,” Animals Planet wrote on their website.

Chief killed the snake but unfortunately, he was struck on the nose and so his pet owner put him in the car and rushed him to the vet. You can see photos of the dog here.

Sadly, Chief ended up passing away from the snakebite later. His family said if it was not for him attacking the snake, it would have surely bitten his owner.

Check out the footage below of another dog that saved a baby from being attacked by a venomous snake!