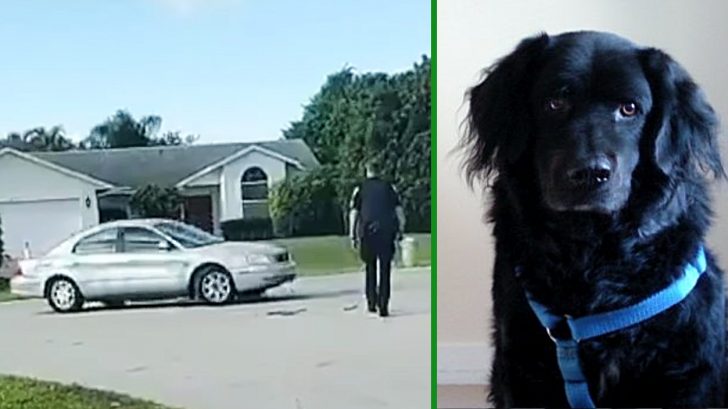 According to ABC News, a man in Florida left his car running and dog inside it as he stepped out for a minute to go in the house. The dog then accidentally knocked the car in reverse and proceeded to drive it in circles for a full hour before police could arrive and stop it.

Neighbors Had No Idea It Was A Dog

This happened in Port Saint Lucie, Florida in a small suburban area and left neighbors confused at first when they saw the car continuously doing donuts.

One of the neighbors Anne Sabol told WPBF-TV that she first thought someone was backing up but then when it kept going in circles she said to herself, “OK, what are they doing?”

It wasn’t until the police and fire department showed up to the scene and somehow got the car door open, stopped the car and watched a big black lab jump out, that she realized it was a dog the whole time.

“I saw this car going around in a circle and it was doing it for about an hour. And when the cops got the door open, a black dog jumped out, I was like, ‘They should give that thing a license,'” Anne told a reporter, according to ABC News.

Nobody Was Injured During The Incident

At the end of it all, everyone was just happy that no one got hurt, dog or human. However, a neighbor’s mailbox took some damage during the incident in which the owner promised to replace. Overall, it was mostly just funny to watch.