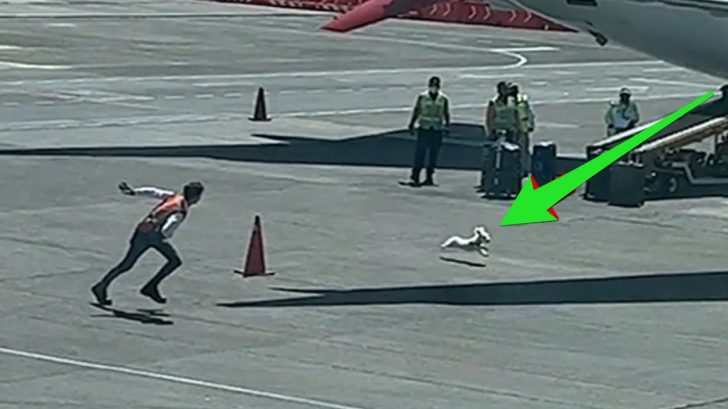 Video footage has emerged from Mexico showing the moment a small dog escaped from its cage at the airport in Guadalajara, Jalisco, causing baggage handlers on the tarmac to go scrambling to capture the animal.

Authorities said they are not sure how the pup got loose, but it was very important to get it removed from the airfield so that it did not interfere with incoming and outgoing airplanes.

As serious as the baggage handlers were about running around the tarmac trying to catch the dog, it appeared to be having the time of its life playing around and running away from its pursuers.

Footage taken by passengers waiting to board their flight showed the dog running past a group of men, alerting them that something was wrong.

One of them started chasing the dog as fast as he could, motivating the others to get moving and help chase the dog down and get it under control.

Authorities said they were eventually able to capture the animal and get it back in its cage where it belonged. No injuries were reported during the incident, nor was there any word that it delayed flights.

Watch Footage Of The Dog Running From Baggage Handlers Below