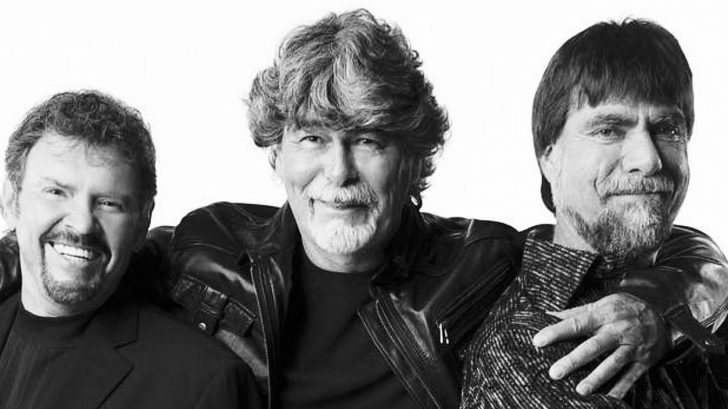 But why did the band have to cancel the two shows so suddenly?

The Big Sky Music Festival shared the reason for Alabama’s cancelation in a post to Twitter, saying that lead singing Randy Owen was then “suffering from severe vertigo & migraines.” As you could imagine, such health issues made it impossible for Owen to take to the stage and sing.

We just received news from the band Alabama that co-founder & lead vocalist Randy Owen is suffering from severe vertigo & migraines. First & foremost, we wish him well as he recovers & we await another opportunity to host Alabama @BurlsCreek More info -> https://t.co/7k80z1y5Oz

The group’s manager Tony Conway released a statement to Taste of Country about the canceled shows. He confirmed that Owen is suffering from vertigo and migraines, and said he was being cared for at the time.

In part, the statement said:

“Randy is currently under doctor’s care and being treated. We hope to return to both Ottawa and Oro-Medonte soon and apologize to all of the fans for not being able to perform.”

While everyone maintained hope that Owen would be well enough to perform again soon, that doesn’t seem to be the case.

On Thursday night (July 25), the Bristol Motor Speedway announced that Alabama had postponed its show originally scheduled for Saturday (July 27) at the Thunder Valley Amphitheater. The speedway said that Owen’s ongoing health issues led to the band’s decision to postpone the show.

'@TheAlabamaBand has informed the Thunder Valley Amphitheatre that they are unable to perform Saturday due to ongoing health issues for singer Randy Owen. We'll announce a rescheduled date as soon as possible and wish Randy Owen a speedy recovery!

The Bristol show isn’t the only one that Alabama was forced to postpone due to Owen’s health issues. Their manager issued another statement, revealing their show in Columbus, Georgia (scheduled for July 26), has also been postponed.

The statement, which was obtained by WBIR News, read in part:

“Randy Owen has been advised by doctors that he cannot perform this weekend as he continues treatment for vertigo and migraines,” Conway said.” We apologize for any inconvenience for those that have tickets to these shows, but wish to reassure fans that ALABAMA is trying to reschedule these shows as soon as possible.”

We completely understand why the band felt the need to postpone the shows. It’s of the utmost importance that Owen has plenty of time to rest, relax, and recover.

We’re so sorry to hear that Owen isn’t feeling better yet. Our prayers go out to him as he continues to deal with these health issues. May he get well soon.