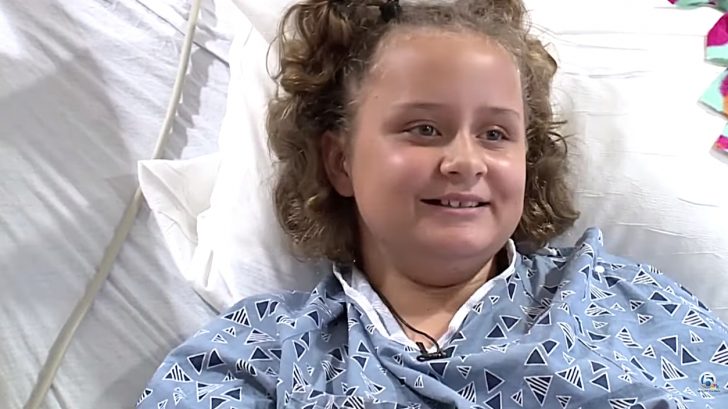 Jasmine Carney, a 10-year-old girl from Florida was laying in her hospital bed when she spoke with news reporters about the moment a shark chomped down on her foot and she started kicking it.

She told WPTV News that she was at Hobe Sound Beach in Martin County, Florida when the attack happened and what surprised reporters, the doctors, and even her family members the most is her positive attitude towards the whole situation.

“I fought a shark and won,” she said from her hospital bed.

Jasmine went into more detail with the reporters saying that the shark took a bite down on her foot on Sunday afternoon (Nov 27).

Her adopted grandmother Nana told reporters she was amazed at how calm the 10-year-old was when she came out of the water bleeding from her foot.

Nana said, “She came running up that beach, screaming, ‘Nana, something bit me’… I saw all the blood and went and got a lifeguard.”

The lifeguard applied medical treatment to her foot while paramedics were called and she was later flown out by helicopter to Palm Beach Children’s Hospital where she underwent surgery performed by Dr. Nir Hus.

“She was very positive from the get-go,” Dr. Hus said. As he described her foot he noted, “There’s a piece missing. Luckily for her, this was the only location that she was bitten.”

According to Dr. Hus, the injury sustained to her right foot was severe.

When reporters asked her how she was able to stay so calm, she said she was thinking of her 6-year-old brother, Jackson, and wanted to stay calm and positive for him.

“He’s pretty curious, so I might as well stay calm because I know he wouldn’t want me to be scared because he’s the best little brother in the world,” she said.

Dr. Hus says that Jasmine should be able to make a full recovery within the next month or two.

Interview With Shark Bite Victim In The Video Below