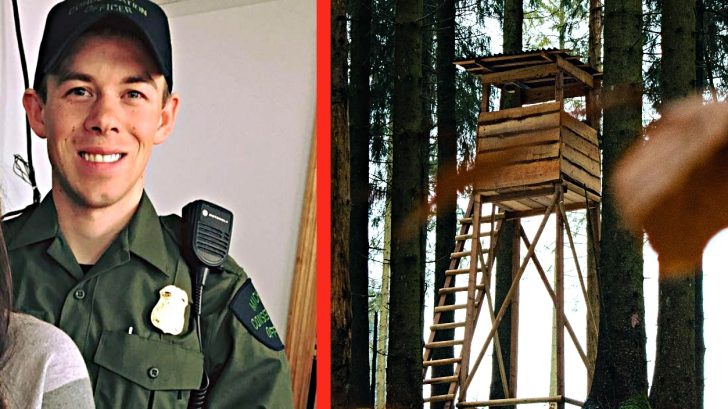 Michigan Department of Natural Resources Conservation Officers Josiah Killingbeck has become a hero after rescuing a man after he broke his back in the middle of the wilderness.

The man was a 75-year-old hunter from Mason County who had fallen and broken his back while hunting in the wilderness. He called 911 but the reception was too poor and Lake County dispatchers were not able to pinpoint his location before the call dropped.

Authorities did their best to find out whose phone number it was when DNR Conservation Officer Josiah Killingbeck, who was on patrol, heard about the distress call. After Josiah was notified that the number belonged to a Hudsonville resident, he contacted the man’s son.

The man’s son told police that his dad left in his truck to the Whiskey Creek area that’s southeast of Ludington in Mason County to get a tree stand ready for the upcoming deer hunting season. He tipped the officer that his dad’s truck should be parked alongside the road if they go looking for him.

“Whether you are hunting, hiking or trail riding you should always share your plans with a family member or friend,” Lt. Joe Molnar of the DNR Law Enforcement Division said, according to the Detroit News.

Lt. Joe Molnar continued with advising others and said, “In the plan, you should list where you are going to be and when you expect to return. You should also include any alternate locations you may be at, in case weather or other conditions change your plans. Sharing this information could be the difference between life and death if you are injured and cannot call for help.”

The officer spotted tire tracks on the road where the man’s son suggested his dad would be and followed them to an unmarked path. There he found the man’s red GMC pickup truck at around 9:39pm. He checked his phone and GPS which both showed out of service.

As he continued down the path he spotted fresh footprints and began followed them. Josiah then started yelling out for the man as he walked. He finally found him near an old oak tree weakly responding to his calls.

“The man told Josiah he was about 30 feet above the ground attempting to get the tree stand out of the oak, when he grabbed a dead branch and fell,” the DNR said. “He told Josiah he could not call for help sooner because he did not have cellphone service.”

Josiah tended to the man’s wounds until emergency rescue workers arrived on the scene around 11:30pm and carried him back to the road on a backboard. He was hurting from pain in his lower back, buttocks, right shoulder, leg, and knee and was later transported to the trauma care center by helicopter.

The department said this was not the first time Josiah was hailed a hero for saving someone’s life. In 2017, the DNR honored him with the Lifesaving Award for saving a mother and daughter after their canoe overturned in the Pere Marquette River.