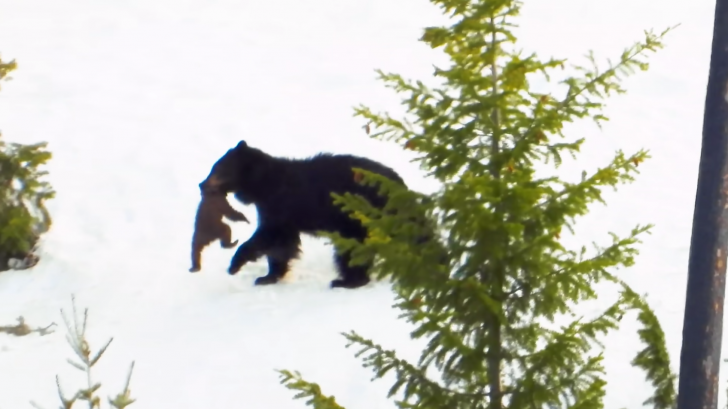 A video produced by Ron Sterbenz was shared on YouTube’s Yellowstone Video channel showing a mother bear getting her nerves wrecked by her cub.

“Like children of every species, they will test the patience of their parents every once in awhile,” a commenter on Yellowstone Video’s video wrote.

The cub appeared to be newly born and was potentially coming out of its den for the first time this year. Snow was on the ground and it was a nice day outside, so the mother was letting the cub play and get some fresh air.

So happy, all the cub wanted to do was run and the mother wasn’t very happy about it running off too far. She continuously chased after her cub trying to get it to stay within range.

She scolded it many times by biting it on the back of the neck and picking it up to carry back to her designated location. There were a few times, one might say, where she got a little rough with it.

“I had never seen that rough behavior before on a cub,” Sterbenz told USA Today/For The Win Outdoors. “Mom’s patience was clearly wearing thin that morning. I have heard that black bears don’t always make great mothers, but I am not really sure what folks mean by that. As rough as she was on it, I wasn’t surprised that she only had one left.”