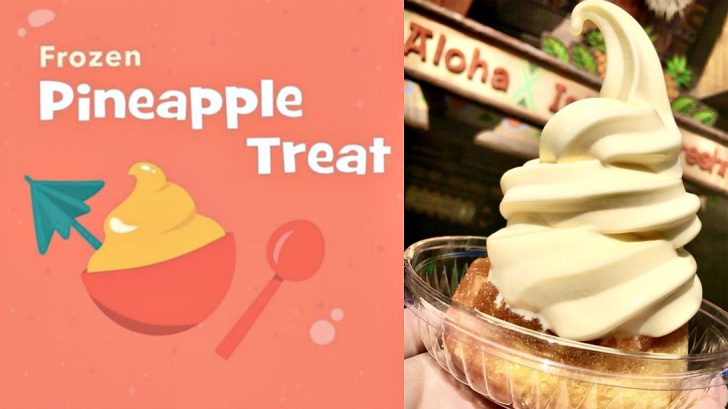 Disney amusement parks may be closed indefinitely due to the COVID-19 pandemic. But, in an effort to bring joy to people in the midst of the craziness, Disney is sharing recipes for some of their most beloved treats!

On Wednesday (April 8), Disney shared the secret recipe behind what is possibly their most iconic dessert….Dole Whip. If you’ve never had the pleasure of indulging in a Dole Whip, let us enlighten you as to what you’ve been missing out on. The creamy frozen treat is basically a refreshing, tropical ice cream made up of only three ingredients: vanilla ice cream, pineapple juice, and frozen pineapple. It is generally served in a cup or with pineapple juice as a Dole Whip Float.

Give Dole Whip a try at home and let us know what you think! We’re fairly certain that Walt himself wouldn’t hold it against you if you threw in some coconut cream or even a splash of rum for twist. But, for a truly authentic Dole Whip experience, stick to the recipe below.

Add the ingredients to a blender. Blend until smooth. Serve and enjoy!