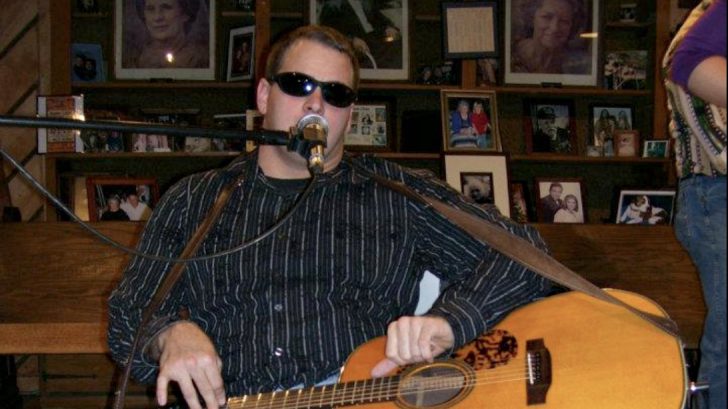 While many of us struggle through daily inconveniences and complain when things don’t go exactly as planned, an East Tennessee man is giving us a valuable lesson in contentment and making the most of your circumstances.

Singer/songwriter Tyler Williams was born with cerebral palsy and went blind during infancy. By the age of four, Williams began playing the piano and showed an incredible ear for music that started a fire that would drive him to master bluegrass vocals and instruments despite his physical obstacles. An honors graduate from East Tennessee State University, Tyler’s unique sound and inspiring story have led to performances with some of his biggest bluegrass heroes including Tony Rice, Balsam Range and the Lonesome River Band.

“The disability doesn’t define me. I just hope to contribute to making the overall bluegrass experience better for all,” Tyler Williams said.

Tyler Williams went viral earlier this year with a video he recorded with another talented friend, Sara Roberts. The two sang the classic bluegrass hymn, “On Heaven’s Bright Shore.” The tune has been recorded by legendary artists such as Ralph Stanley and Alison Krauss, but the rendition sang by Williams and Roberts quickly became our favorite.

Williams has now captured the attention of country music fans with his stunning cover of “Two Dozen Roses.” Originally recorded by Shenandoah, the song topped the country charts in 1989 giving the band their third No. 1 hit.

It’s a well-known fact that “Two Dozen Roses” is one of country music’s timeless favorites, as proven by Tyler Williams’ cover.

If you can’t jam ‘Two Dozen Roses’ with me, you ain’t the one.

In Williams’ video, he shows off his impressive guitar skills and unique picking style as well as his smooth vocals. Ernie Evans, who played bass in the video, explained the story behind it and praised Williams’ talent, saying, “No one loves to sing more than he does and music has never had a better friend.”

Hear Tyler Williams sing “Two Dozen Roses” in the video below and prepare to be inspired!