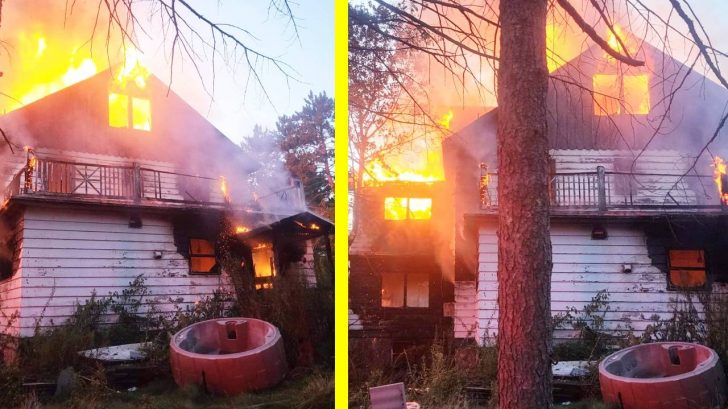 The movie Dirty Dancing is one of those classics you can watch again and again. Fans can recite every line, and recreate every dance. Heck, there has even been a television show doing just that!

Eleanor Bergstein wrote the screenplay for Dirty Dancing, which was based on her own childhood. Bergstein was the youngest daughter to a Jewish doctor from New York, just like Jennifer Grey’s “Baby,” was nicknamed “Baby” herself, and spent summers in the Catskills where she danced in “Dirty Dancing” competitions.

While the resort she went to in the summers wasn’t exactly the one in the movie, the one she went to was what Kellerman’s was based on. That resort is called Grossinger’s Resort, which is located in the Sullivan County town of Liber.

According to the Associated Press, “The resort had a 27-hole golf course, indoor and outdoor pools, a nightclub, two kosher kitchens and a 1,500-seat dining room.”

Grossinger’s Resort was once the one of the most glamorous hotels in New York. Eddie Fisher not only made his debut there, but he and Debbie Reynolds also were married there!

The resort officially closed its doors in 1986 and has been abandoned ever since.

On Wednesday morning (August 17), Liberty Fire Department announced that they were called to the resort at 7:10pm the night prior. When they arrived, they found a 3 1/2 story building engulfed in flames and to make matters harder for the firefighters, the building was overgrown with brush and concrete barriers made the job more difficult. Once they put out the fire, an excavator came and knocked down the structure.

The cause of the fire is being investigated.