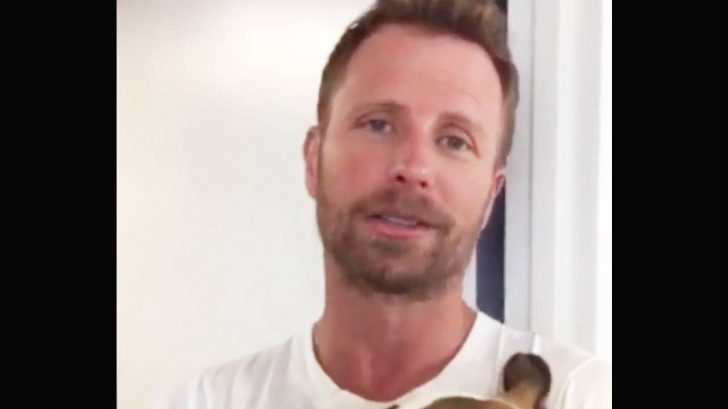 Country star Dierks Bentley went on the TODAY show to promote his music, upcoming festival, and talk about his family, but he left with so much more.

He was on hand for the morning show’s third hour, where they were showing off a bunch of puppies that were available for adoption. He made an instant connection with a border collie mix named Goose.

The TODAY hosts recognized their connection and mentioned that he may just have to take him home. Bentley brushed it off, but did say that his wife and three children have been badgering him for another dog. They already have two rescues, but would love to welcome a third to their family.

Later on in the hour, Bentley was being interviewed, and they brought up Goose again, and even brought him out! The “Burning Man” singer revealed that he had been texting with his wife during commercial break.

“They really want a third dog. My wife for her birthday said, ‘All I want is a third dog’,” he said.

Ask and you shall receive!

Later in the morning, Bentley revealed that he and his family had, in fact, adopted Goose!

Once he told his kids he was bringing Goose with him, they were so excited.

This morning during the @3rdhourtoday we had a segment about #dogust with the #rescue group @muddypawsrescuenyc and @dierksbentley fell in love with Goose. Guess who’s moving to #Nashville?

Well…. the last thing I was expecting to happen today. But feel like it was meant to be. Welcome to the family Goose/Garrett (there was some confusion on which of the brothers he was….). That’s a wrap on @todayshow. Thanks….I think?! Off to @petco and then meet up with #burningmantour