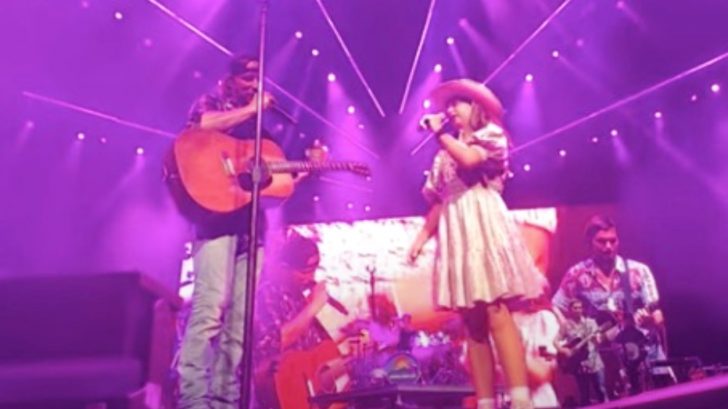 Dierks Bentley‘s daughter, Evie, has shown signs of wanting to follow in his musical footsteps from a young age. Her dad has welcomed her onstage for numerous performances by now, and she’s only 13!

Evie joined Dierks for another performance during his August 20 show at the MIDFLORIDA Credit Union Amphitheatre. She veered away from country music to sing one of P!nk’s biggest hits, “All I Know So Far.”

Dierks teased his daughter before they started singing “All I Know So Far.” He said, “You couldn’t have picked a country song?”

He went on to say that he was going to “see how far [he could] get” before he messed up the lyrics. But he was willing to give it a shot since Evie wanted to sing that particular song!

Dierks had no need to worry, because he and Evie did a spectacular job. The crowd seemed to love their performance.

Once the father-daughter duo finished singing, they took a bow for the applauding crowd. People in the audience rose to their feet to give them a well-deserved standing ovation.

Evie gave her dad a hug before she made her way off of the stage. He must be so proud of her and her talent!

Head below to watch a video one concert attendee filmed of Dierks and Evie’s duet. Who knows, maybe she’ll go on to become a famous singer just like him one day!