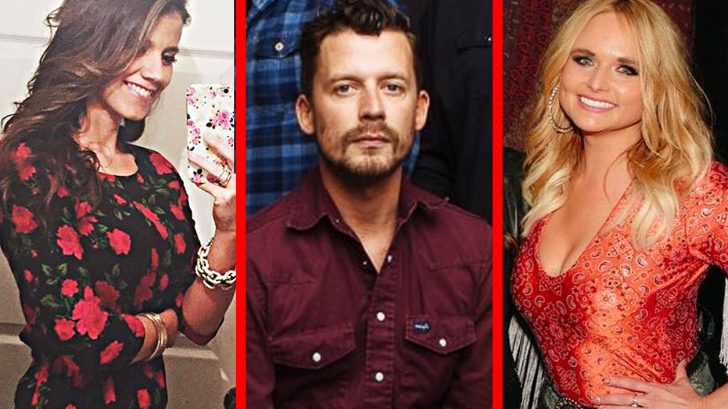 In the course of just over a month, the name of Miranda Lambert‘s new boyfriend came to light and the rumored new beau was part of her tour’s opening band – the Turnpike Troubadours.

Now, his name, her name, and photos of the two are everywhere.

Allegedly, Lambert and Evan Felker first met during several dates in early February. Several outlets, including People Magazine, report that they hit it off immediately – but there was one problem: he was still married to his wife of more than a year, Staci Felker.

The reports stated that he filed for divorce on February 16th, and his soon-to-be ex-wife, Staci, filing her own case two weeks later.

Just a matter of weeks after that and news outlets had picked up the story of their rumored relationship and it spread like wildfire. As a result, his ex has become a fixture throughout all of it – and has posted many cryptic messages on social media…but none was more pointed than a recent update to her close friend’s story.

Shortly after the news hit mainstream media, Staci Felker issued a statement on a very saddened photo of herself, saying: “If Staci Felker can get through this week…so can you.”

Staci Felker Speaks Out After Her Ex Is Linked to Miranda Lambert – https://t.co/WguLP8x3ya pic.twitter.com/wP6QQJ4w7s

Then, just weeks later, she posted a very cryptic photo that seemed to be pointed at her estranged husband. The cover of a book that was titled “Well I Was Clearly More Into That Than You Were: A Love Story.”

By her side this entire time has been her close friend who goes by online username @saddletrampbrand. Staci has appeared in photos alongside this unnamed woman and also in her Instagram story – which is where the biggest hint has come from.

The truth will set you free. #teamstaci

On June 9th, 2018, Saddle Tramp Brand shared a series of photos that were saved by a fan and put on Twitter for the world to see.

In the photos, it shows Staci Felker armed with a black sharpie and a copy of familiar tabloid Star Magazine. The headline reads: How Miranda Lambert Stole my Husband! Scorned Ex’s Shocking Story. Felker is in the middle of signing her name across the front of the magazine as if it’s a piece of memorabilia for a fan. The next photo is of a smiling Staci Felker laughing about what had just happened.

Both photos were captioned with “When life hands you Miranda, make lemonade.”

It’s unknown what this means exactly, but many people believe it carries a strong implication that at least some of the rumors surrounding Lambert and this new relationship could be true.

What do you think of these photos? Check them both out below and tell us in the comments.