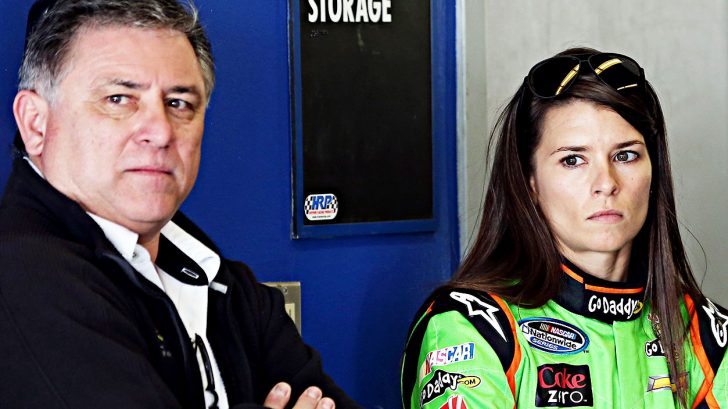 In the middle of her farewell tour across both NASCAR and IndyCar tracks, Danica Patrick‘s father apparently took a chance to slam her current boyfriend, Aaron Rodgers, after sharing a photo of the two at February’s Daytona 500.

T.J. Patrick, one of Danica’s biggest supporters and an outspoken critic of the recent NFL controversy involving the National Anthem, allegedly jabbed his daughter’s new beau with a spicy comment – Maxim claims.

Patrick lamented about the ongoing NFL player kneeling controversy during the National Anthem last year, even asking “Can someone please tell me what they are protesting?” on social media.

Aaron Rodgers, however, had a clear view of what his fellow players were doing and even spoke out publicly about it.

Patrick, who is very clearly against the kneeling movement, stood next to his daughter, Danica, and Rodgers during her race at Daytona this February – and every single person held a hand across their heart.

“No kneeling in NASCAR!! Hand in heart!!” he commented beneath the shared photo.

The post has since been deleted, but Maxim was able to secure a screen grab of the comment and photo before it was removed.

Do you think that this was TJ Patrick jabbing Rodgers over his support of kneeling players? See the comment below for yourself and tell us your opinion!