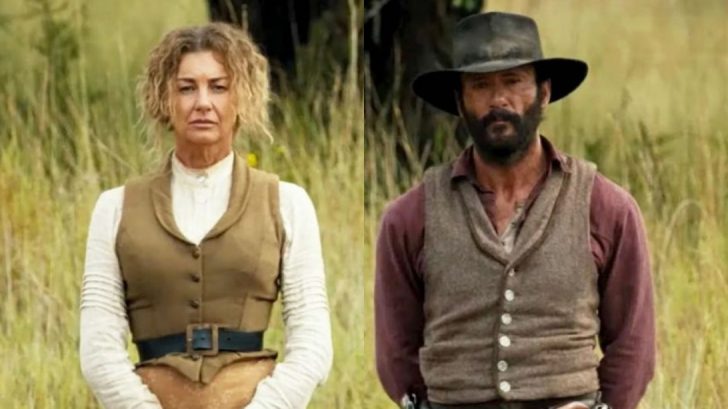 SPOILER ALERT! 1883, the Yellowstone prequel, is officially in the books and it was nothing short of heartbreaking.

The episode revealed the death of one of the show’s most beloved characters, Elsa Dutton, who died in her dad’s arms after suffering an arrow wound to her liver. Tim McGraw and Faith Hill, who played Elsa’a parents Janes and Margaret Dutton, shared their reaction to the devastating ending with Variety.

“When we got the final two, we literally couldn’t read them to each other because we were crying so much — I mean, ugly, boohoo crying,” says McGraw. “I was a blubbering idiot. It was just so well-written, so devastating and heartbreaking, but at the same time, so on point and poignant for what Yellowstone turned out to be. It just gives you all the reasons in the world why they fight so hard for that land and and why their family fights so hard for to keep what they have. It just made perfect sense.”

Hill had the same reaction, sharing that she couldn’t finish reading the script and passed it to her husband to read. “He couldn’t read it because he was bawling. It took me about an hour to read it to him because most of the time, I couldn’t catch my breath I was crying so hard.”

The death of Elsa Dutton was a sad ending for the 1883 character, but the portrayal of her final moments are what had Tim, Faith and everyone watching Sunday night’s episode in tears.

After realizing that Elsa is going to die and doesn’t have much time left, McGraw’s character, James Dutton, chooses to take their family to Montana where Elsa has requested to choose her final rest place. James keeps his promise to his daughter by taking her on horseback into the valley, but doesn’t allow Margaret to go along because their young son John wouldn’t be able to ride a horse that long.

Margaret helps her daughter get on the horse behind James. “See you in the valley, Mama,” Elsa tells Margaret. “See you there,” her mother replies.

James and Elsa travel to the land where the Dutton ranch stands, as seen in Yellowstone. Elsa stops her dad under the tree that she has determined is the spot she wants to be laid to rest. In a soul-stirring scene, father and daughter sit together beneath the tree to rest. Elsa wakes to tell her father, “I understand it now. I know what it is, and I’m not scared. I’m not scared, Daddy.” James begins to cry as Elsa dies, giving us one of the most emotional, heartbreaking scenes we’ve seen on television in recent years.