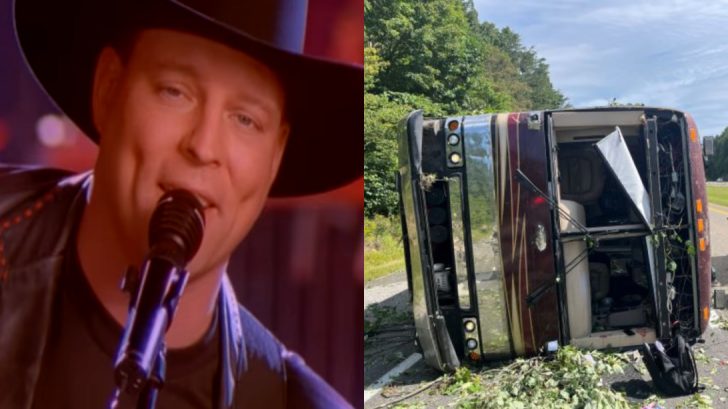 Country singer John Michael Montgomery and two members of his crew were injured during a morning bus crash east of Knoxville, Tennessee, on Friday (September 9).

The “I Can Love You Like That” singer shared news of the accident on Facebook Saturday saying that he suffered cuts and broken ribs, and everyone else on the bus was recovering from their injuries. The “Sold” singer added that they were on their way to a concert in North Carolina when the accident occurred.

“Yesterday we had a serious accident on the way to a concert in North Carolina. Everyone that was on the bus is recovering from their injuries,” John Michael wrote. “Despite some cuts and broken ribs, I am doing well. I will take some time over the next couple of weeks to heal and be back on the road soon. I am grateful to the medics and highway patrol for their quick response to this difficult situation. Thanks to everyone for their concerns.”

WKRN obtained a copy of the report that detailed the crash.

According to the Tennessee Highway Patrol report, John Michael was one of three passengers in a 2001 Prevost Featherlite bus that was traveling near the Tennessee/Kentucky state line. The bus was traveling south on I-75 just before noon when it left the interstate, struck an embankment and overturned.

Marc Wood of Frankfort, Kentucky and Ray Salyer of Staffordsville, Kentucky, were also injured in the crash, according to the THP report. Both are thought to be member’s of Montgomery’s band.

Officials reported to WLAF News that a medical helicopter landed on the interstate to transport one person to a Knoxville hospital. Friends of Montgomery, Salyer and Wood shared on social media that the men were en route to a benefit concert that was scheduled to take place Saturday. The singer suffered four broken ribs in the crash and “is banged up pretty bad.”  Ray Salyer received stitches in his leg, and Wood who is thought to have been driving the bus, suffered facial and head injuries.

Photos of the accident scene show the tour bus laying on its side on the right side of the interstate. Damage can be seen on the bus, including the windshield being gone and a panel missing from the back of the bus.