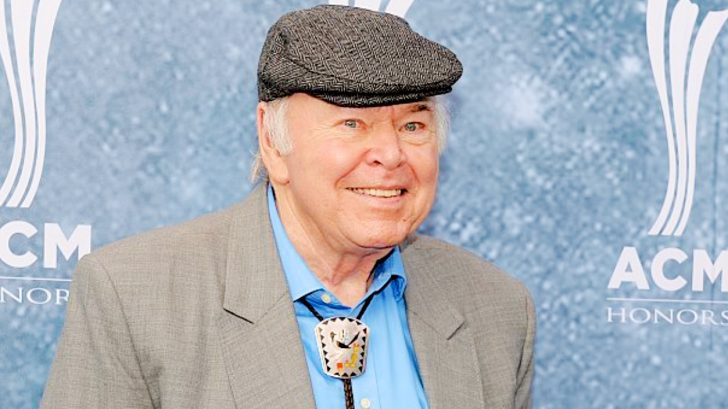 On Thursday (November 15), the country music community was in a state of grief as they mourned the loss of one of their most beloved figures. That person was none other than singer, musician, and Hee Haw host Roy Clark. He was 85 years old.

Clark passed away at his home in Tulsa, Oklahoma due to complications from pneumonia. His publicist released a statement about his death, which was picked up by The Tennessean.

Many country stars took to social media to express their sorrow over Clark’s passing. One of the most powerful tributes came from Brad Paisley, who considered Clark to be one of his idols and dearest friends.

What’s hitting me hard today is the realization that I owe Roy Clark everything. My Papaw doesn’t walk into a music store and buy his first guitar without Roy and Buck. He doesn’t then pass it on to me. Every Saturday we’d watch Hee Haw. My first guitar book was a Roy Clark guitar method. I practiced his style, then practiced making his facial expressions. I wanted to be like him. But my story is not unique. How many guitar players started with a Roy Clark Big Note guitar book? How many guitars were sold to people wanting to play because of him? How many lives were made better because of his wit and joy? I’m one of so very many. #royclark

Based on the outpouring of emotions from the country music community following Clark’s death, it’s clear to see how much he meant to the world.

Those who loved Clark will get the chance to celebrate his life and legacy multiple times over the next few days. According to Billboard, on Tuesday (November 18), a private memorial will be held for Clark’s friends, family, and fellow artists to gather in his memory.

The public will get the chance to attend a separate service the following day (November 19). The ceremony will take place at Rhema Bible Church in Broken Arrow, Oklahoma, and will begin at 11:00 AM.

Roy Clark was an amazing musician and entertainer. He made pickin’ look fun to all of us young kids. I loved Roy Clark and he loved me. I’ll really miss him but he will not miss me where he’s at. There’s no missing in Heaven. – Ricky Skaggs

Those who can not attend in person will be able to watch the ceremony live on rhema.org or on the Rhema Bible Curch’s Facebook page.

In lieu of flowers, Clark’s family has asked for donations to be made in his honor to the St. Jude’s Children’s Research Hospital in Memphis, Tennessee. Clark was a longtime supporter of St. Jude’s, and headlined a golf tournament for the hospital for many years.

A request from #RoyClark’s family:
“In lieu of flowers, the family requests that all contributions be made to St. Jude Children's Research Hospital in Memphis, Tennessee. For several years, Clark headlined a golf tournament for St. Jude’s, where a floor was named in his honor.” pic.twitter.com/5Kk7jWSR6f

One Of His Final Performances

Clark’s loss is one felt throughout country music and the music industry as a whole. There is no doubt that he was a pioneer of his time, and he helped inspire many of today’s stars.

In one of his final performances, Clark got the chance to celebrate the legacy he helped establish by singing at the 2016 CMA Awards. Clark was seated next to Paisley with his famous banjo in hand.

Together, the two performed a snippet of the late Buck Owens‘ “I’ve Got a Tiger By the Tail.” It meant the world hearing this performance from Clark, since he and Owens co-hosted Hee Haw together.

Enjoy that special moment starting around the 1:32 mark in the video below.

Like Owens who left this world before him, Clark will always be remembered for the contributions he made to country music. May he rest in peace.