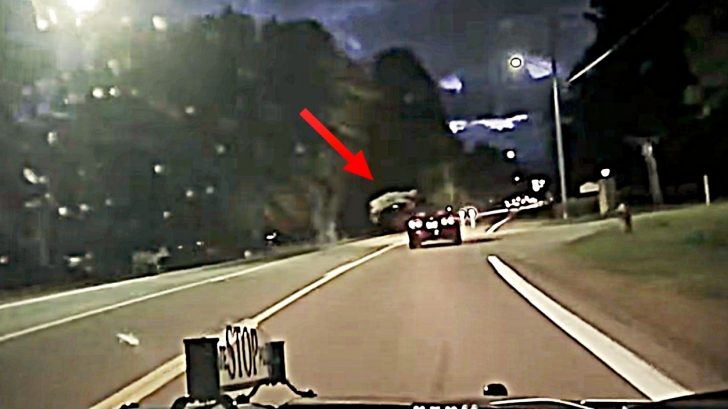 Thursday, September 22rd was the first and official day of fall and it’s almost as if nature knows exactly what time it is. Temperatures in Michigan have been very fall-like hanging out in the 60s and more deer are coming out of the woodwork and onto the roads.

One family of deer was recently captured on camera of a Michigan State Police Trooper’s car as they narrowly missed being hit by a car in front of it, as well as the trooper’s vehicle.

On the first day of fall, Michigan State Police’s 5th District posted a video showing the small herd of deer crossing the road and it’s exactly what you’d expect for this time of year.

The video filmed during the night showed the trooper was on patrol when the family of deer decided to run across the road. The first deer managed to run in front of the car that was driving ahead of the police vehicle.

The second deer would have hit the car head-on but it leaped over the small car entirely, jumping over the vehicle with no problem. The first deer ran behind the car but would have gotten hit by the patrol car if the officer did not put on his brakes and stopped for the animal.

Everything was captured on Trooper Anderson’s dashboard video which you can see in the video below. Wildlife officials say that deer will be increasingly active over the next few months and particularly during dusk and dawn when it’s hard to see them.

Police are asking locals to be extra careful during this time of year because even though they may be more prevalent in rural areas, they are also often spotted in urban areas and can catch you off guard if you’re not paying attention to the road.