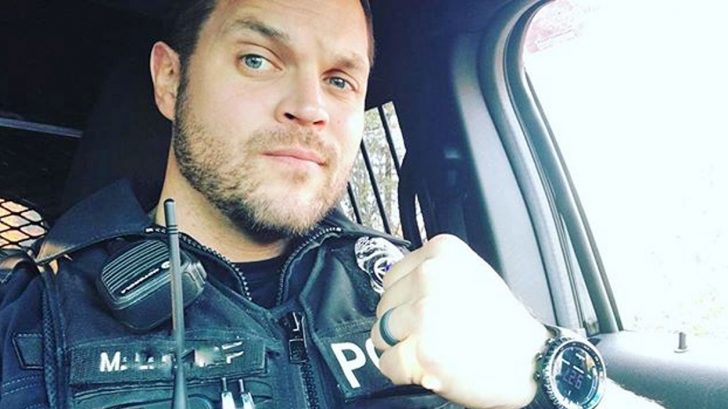 One Seattle law enforcement officer is showing off his golden pipes, proving that talent goes far beyond the stage. In full uniform and proud as ever, Officer Warren showcased his true country twang! Turns out, this country-lovin’ cop has some big honky-tonk dreams of his own.

A post shared by Michael Warren Music (@michaelwarrenofficial) on Nov 5, 2018 at 8:27am PST

Father of two and loving husband, Michael Warren is giving his followers a glimpse into his impressive talents. When the Seattle cop isn’t too busy protecting his community, he utilizes his time doing what he loves: singing. Even more exciting – he’s in his own band!

Warren and his band, Hard Knocks ‘n’ Country perform frequently at local country bars where they get their real country on. With Warren on guitar and taking center stage as the frontman, the band has no problem rockin’ the house down. The audience even loves to line-dance to their covers!

The band covers some of country music’s favorite hits from artists like Johnny Cash but they also channel some modern country into their mix. From Jason Aldean to Chris Stapleton, they sure know how to make a crowd happy. Another artist Officer Warren loves to cover is the insanely talented, Luke Combs.

During his break at work, Officer Warren gave Combs’ recent hit “Beautiful Crazy” a go and the result was golden. Sitting in his cop car, sporting his uniform and a beanie, the courageous cop began to sing the love song. His raspy voice set the perfect tone for the melody of the song as he cruised through the verses.

Warren’s inspiration for the cover came from his wife, Jody. In his caption to the video, he wrote,

“Thinking about my girl [Jody] during my break today so felt like messing round with Luke Combs hit… been really diggin that tune!”

We’re thankful for the Seattle police force and their willingness to keep the communities safe. And thankful for Officer Warren for sharing his talents with us!

Check out his cover of Luke Combs’ “Beautiful Crazy” below.