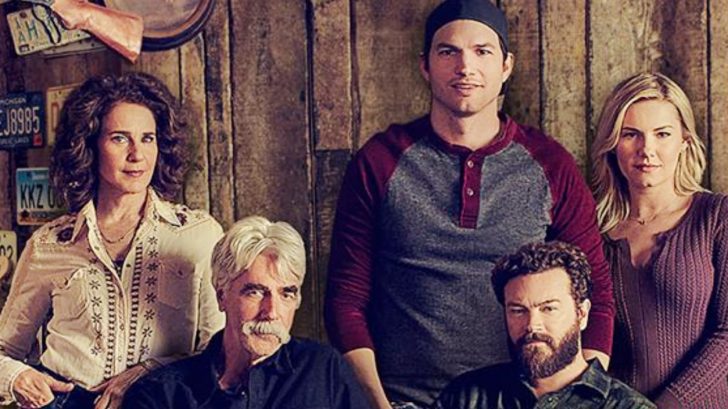 The Netflix original series The Ranch is coming to an end.

Led by actors Sam Elliott, Ashton Kutcher, Dax Shepard, and Debra Winger, The Ranch debuted in 2016. The series follows the Bennett family, which attempts to operates a ranch in the midst of family and relationship drama.

Even though the series has been a smash success, in June Netflix announced that its fourth season would be its last.

After a great run, we’re closing the barn doors on The Ranch… but not just yet. We’re excited to bring you the final…

Ten new episodes of the show are due to be released later this year, and the ten final episodes will be released sometime in 2020.

Finally, fans got their first look at The Ranch‘s last run when Netflix shared its first trailer for the final season. The clip debuted on Friday (August 23), and it’s full of surprises.

For starters, Winger is noticeably absent from the clip. The Urban Cowboy star plays Maggie, the ex-wife of Elliott’s character, Beau.

I wish Maggie and Beau would work things out on The Ranch. ???

Since Winger has been a series regular from the start, it’s odd that she doesn’t make a single appearance in the new trailer. But her lack of involvement in the show’s final season is something she hinted at before. During an interview on Watch What Happens Live, Winger had this to say about the show’s upcoming season:

Two other characters who may or may not have much of a role in the show’s final season are Luke (played by Shepard) and Mary (played by Megyn Price). Mary was the former love interest of the character Rooster (who has been written off the show), and Luke is the cousin to Kutcher’s character, Colt.

Mary and Luke’s only appearance in the trailer comes during brief moment. The pair is shown marrying at a wedding chapel in Las Vegas, though you can’t even see their faces.

In the opening of the trailer, Colt can be heard telling a neighbor that the pair ran off together.”Abby, she left me,” he says.” I don’t wanna see my dad. I partnered up with my cousin, and a couple weeks ago he run off with Rooster’s ex and all the money.”

Since Mary and Luke ran away to get hitched, this storyline could be the creators’ way of writing them out of the show. You can draw your own conclusions when you watch the trailer for the final season of The Ranch below.

Which other parts of the trailer stick out to you?