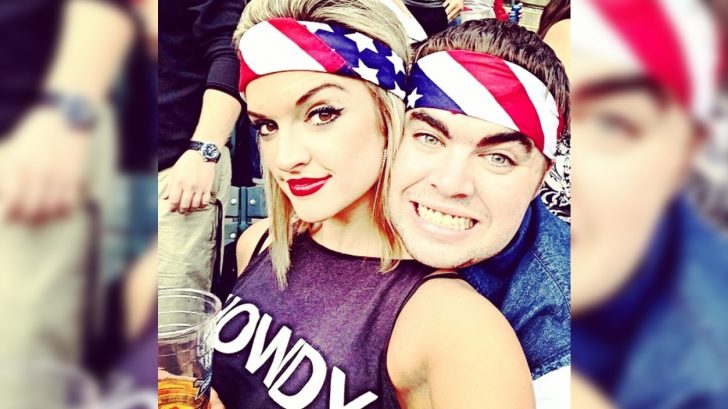 22-year-old Cory Barron was attending a Jason Aldean concert in 2014 when he died in a mysterious way, which at the time, authorities said was an accident–however, eight years later, now authorities are saying it was due to someone murdering him.

The Jason Aldean fan was said to have been forced inside of a garbage shoot along the left field foul line at the Progressive Field where he then fell five stories and died from blunt force trauma when he made an impact in a dumpster.

The concertgoer’s body was found four days later by a worker at a landfill and investigators at the time said that there was no foul play involved. However, Barron’s family never believed that for one second and went as far as to hire their own private investigator to look further into the incident.

The family also put out a $50,000 reward for anyone who could give them information and put his information up on a billboard sign. Their efforts paid off because recently in Nov 2022, Lorain County Coroner’s Office announced that they received new information from police that indicates Barron was involved in “an altercation” before his death.

Although a Cleveland police spokeswoman confirmed on Tuesday his death has now been ruled as a homicide, meaning someone killed him, the investigation is still ongoing and did not disclose any specific details about the new information they received.

The coroner’s office noted that alcohol was found in tissue samples taken from Barron’s body, but his blood-alcohol level could not be accurately measured due to the state of his body. They also confirmed that no drugs were found in his tissue samples.

The victim’s family added that Barron was not a fighter, nor was he one to pursue anyone looking for trouble, drama, or a physical altercation. They truly believe someone tried to hurt him and are desperately trying to get away with it.

His sister Britta Barron also released a public Facebook statement giving her thoughts on the update.

According to WKYC, the Lorain County Coroner’s Office issued the following statement, “Since the death of Cory Barron in 2014, additional investigation has been conducted by private investigators and the Cleveland Division of Police. The Lorain County Coroner has been provided with information by the Cleveland Police that Cory Barron was involved in an altercation at Progressive Field prior to his disappearance and death. In light of the additional information, his death was due to the actions or failure to act of another person or persons. The manner of death for Cory Barron has been changed from undetermined to homicide. The cause of death for Cory Barron is unchanged and is sequelae of multiple blunt impacts to the head, trunk and extremities due to descent down a trash chute into an enclosed dumpster. The manner is homicide.”