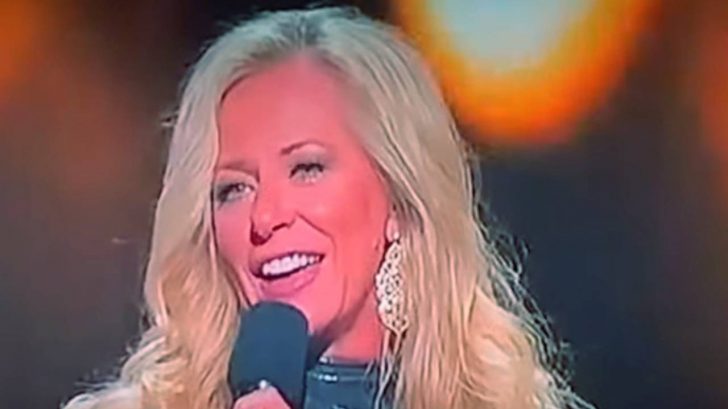 The 55th Annual CMA Awards were held on Wednesday (Nov. 10). Hosted by Luke Bryan, the awards show was held at Nashville’s Bridgestone Arena. And the best part? fans were in attendance again!

Two days before the show, Deana Carter announced on social media that she would be presenting at the star-studded awards show.

Carter walked on stage with up and coming singer Lainey Wilson to present the award for Song of the Year, an award she won 24 years ago for her hit song “Strawberry Wine.” She actually reminisced on social media about the moment she ran on stage to accept the award and ended up jumping into Ricky Skaggs’ arms in excitement!

While they were presenting, Wilson and Carter talked about “Strawberry Wine” and Carter asked if they could sing a little bit of it. Wilson agreed and it turned into a sing along with the entire arena getting on their feet and singing as well! We’re not sure if it was a scripted moment, but it was incredible!

Carter knows how impactful “Strawberry Wine” and the album it was on, Did I Shave My Legs For This?, and she spoke about it before the CMA Awards on the red carpet.

"There's just a really special connection that [everyone] has to Strawberry Wine." – Deana Carter reflects on 25 years of her album 'Did I Shave My Legs for This?' #CMAawards pic.twitter.com/5aqGMj2FBv

Carter took to social media to express her gratitude for the moment. Alongside a red carpet photo of her and her husband of three years, Jim McPhail, she wrote, “AMAZING night tonight #cmaawards ❤️THANK YOU for having me & for such an unforgettable moment when the whole arena sang #StrawberryWine with us & gave us a standing ovation!! WOW!!!! ??? Incredible!!!!!!”

The award that Carter presented, by the way, went to Chris Stapleton for “Starting Over.” Watch the epic sing-along in the video below.