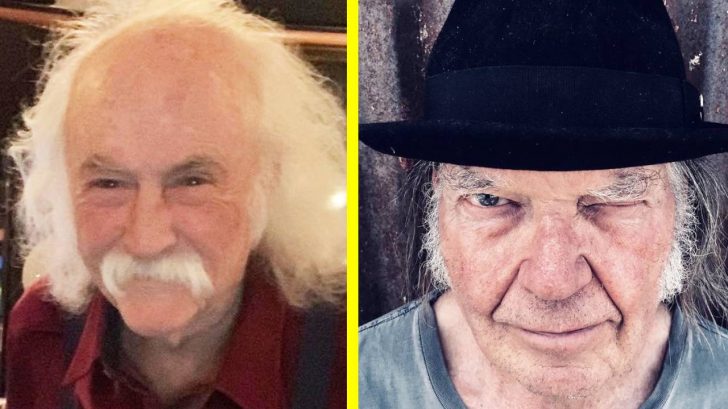 Crosby, Stills, Nash, & Young are never getting back together. Not anytime soon, that is.

In a new interview with The Guardian published on Thursday (Sep 2), he opened up about many different parts of his life – the son he never knew he had, his relationship with Joni Mitchell, and his bands The Byrds as well as Crosby, Still, Nash, and Young.

The reporter asked him who is the best singer-songwriter in the supergroup and without hesitation, Crosby said, “Stills, no contest. He’s the best guitar player, the best singer and the best writer. I really admire Stephen tremendously.”

The Guardian points out that Stephen Stills is actually the only bandmate that Crosby is on good terms with. The foursome last played together in 2013, while Crosby, Stills, and Nash toured together last in 2015.

He admits that he believes his rift with Young began after Crosby said something bad about Young’s now-wife Darryl Hannah.

“I did say something bad about his girlfriend. I said I thought she was a predator. OK, he can be mad at me. That’s all right,” he said.

But apparently, the rift goes deeper than that.

“I’m a very liberal guy and a modern thinker in terms of politics. Neil doesn’t really do politics. He does Neil,” the legend says. When asked what that means, Crosby said, “Well he’s probably the most self-centered, self-obsessed, selfish person I know. He only thinks about Neil, period. That’s the only person he’ll consider. Ever!”

Crosby also revealed that when he was going through a hard time, the media showed that Young was the one who looked after him, but Crosby says thats the furthest thing from the truth.

“He gave the impression of looking after me, but apparently that was all just trying to keep the money coming. But there you go. We haven’t talked for a couple of years. And I’m not going to talk to him. I don’t want to talk to him. I’m not happy with him at all. To me, that’s all ancient history, man.”

And so, our dreams of Crosby, Stills, Nash, and Young getting back together were crushed. Wonder what Neil has to say about all this.