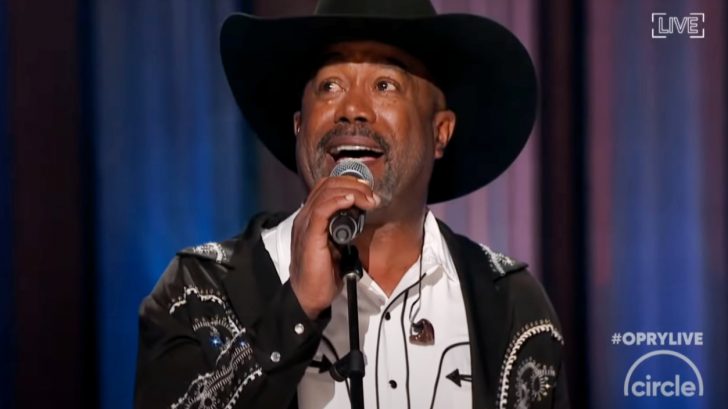 Straight from the self-titled debut album of one of country music’s most beloved female artists, Patsy Cline’s super-hit “Walkin’ After Midnight” has remained in the hearts (and ears) of folks all over the world for more than six decades.

This was made crystal clear during a recent Opry event – the 5,000th show – when Darius Rucker gave his own rendition of it for millions to hear, LIVE!

During this special celebration of the Opry event, they filled the lineup with famous names and famous songs – honoring the incredible legacy that the Opry broadcast has brought to the world of music.

Garth Brooks, Dustin Lynch, Connie Smith, Trisha Yearwood, Vince Gill, and even The Gatlin Brothers all gave a nod to the Opry during its special night.

Darius Rucker joined the throngs of legends and issued his very own rendition of Patsy Cline’s first #1 hit – a moment that you won’t want to miss.