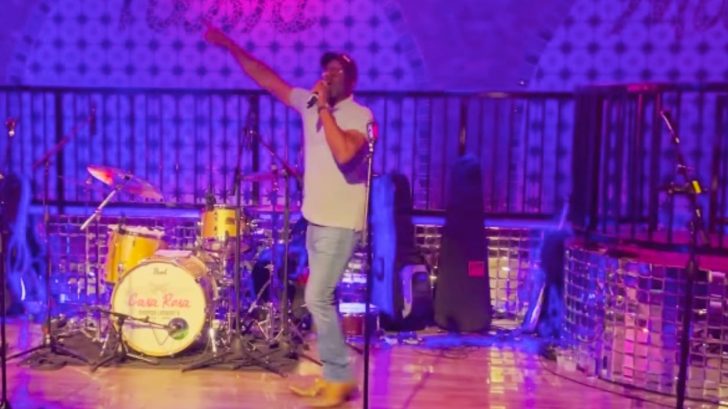 A visit to Memphis, Tennessee in the 1980s inspired folk singer Marc Cohn to pen a song titled “Walking in the Memphis.” The song is about him experiencing a spiritual and creative revival after visiting the city, which is known for its rich musical history.

“Walking in Memphis” was nominated for the Song of the Year award at the 1992 Grammys. To this day, it is considered to be Cohn’s signature song.

“Walking in Memphis” was already popular, but it became even more so after other artists began covering it. Cher was one of the notable artists who recorded a rendition, which she released in 1995.

The song took on a whole new life when the country group Lonestar shared their recording in 2003. It peaked at the eighth position on the Hot Country Songs chart and was also a crossover success.

“Walking in Memphis” has remained a go-to song for country artists to cover. Darius Rucker is one of the song’s biggest fans.

Rucker previously covered “Walking in Memphis” during a 2018 concert in Myrtle Beach. One attendee uploaded a video of his performance on YouTube.

This newer clip is much clearer than the video of the Myrtle Beach performance. So you can finally tell just how good Rucker’s voice sounds on the tune. His naturally soulful tone is the perfect fit for the song!

The video also features a quick appearance from Ashley McBryde, who walks on stage to hand Rucker a shot at the end of the song.

“Sometimes, you sing karaoke on a weeknight at Miranda Lambert’s new bar, Casa Rosa,” Rucker said when he shared the video on social media. “And sometimes… you get a shot from Ashley McBryde at the end!!“

Check out Rucker’s awesome performance of “Walking in Memphis” below. We could listen to this over and over again!