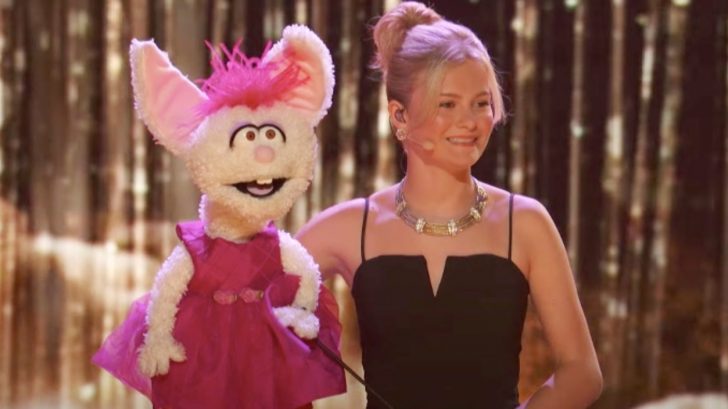 Darci Lynne Farmer was only 12 years old when she won Season 12 of America’s Got Talent. The young singer and ventriloquist was a golden buzzer recipient and fan-favorite, so it came as no surprise when she was named the winner of her season.

Now 17, Darci is still a huge star. She regularly goes on tour, has over 900,000 followers on Instagram, and made her movie debut in A Cowgirl’s Song earlier this year.

Darci has been a guest performer on AGT a number of times. She also competed on the debut season of The Champions, and took second place.

Five years after she won the show herself, Darci returned to AGT for the Season 17 finale. She brought along her sassy bunny puppet Petunia.

Darci and Petunia performed with Season 17 finalist and fellow ventriloquist Celia Muñoz. They were all joined by Season 2 winner Terry Fator, who was the first ventriloquist to win the show.

The trio performed “Over the Rainbow.” It was a performance that meant a lot to Celia, since Darci and Terry inspired her to learn ventriloquism.

It was awesome to see all three of these talented ventriloquists together on one stage! Watch their performance below.