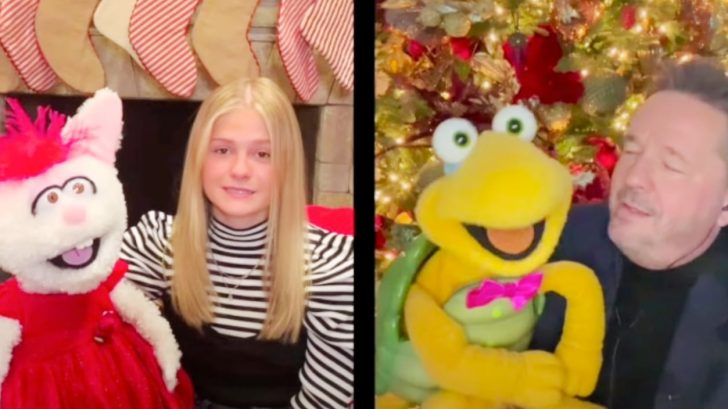 During the Season 12 finale of America’s Got Talent, ventriloquist/singer Darci Lynne Farmer got the chance to perform with one of her idols. That person was Terry Fator, another ventriloquist and singer who won the second season of AGT.

The duo performed the song “Anything You Can Do” with their puppets Petunia and Winston.

Later that night, Farmer was crowned the winner of her season of AGT. She was only 12 years old at the time.

Darci has refined her craft even more over the years. She has a series on her YouTube channel called The Spin with Darci Lynne, and used that show to share a new duet with Terry in 2020.

Once again joined by their puppets Winston and Petunia, Fator and Farmer delivered a stunning duet performance of Celine Dion and Andrea Bocelli’s “The Prayer.”

Anyone who has heard “The Prayer” before knows it is a challenging song to perform. So you can only imagine how difficult it must be for Fator and Farmer to sing while performing ventriloquy at the same time!

It is mind-blowing that Fator and Farmer can sing so crisp, clear, and powerfully without moving their lips. Tune in to the video below to see how their duet played out.

We’re so happy to see Fator and Farmer collaborating again all these years after she won AGT. The two of them are some of the most talented winners to ever come from the show!