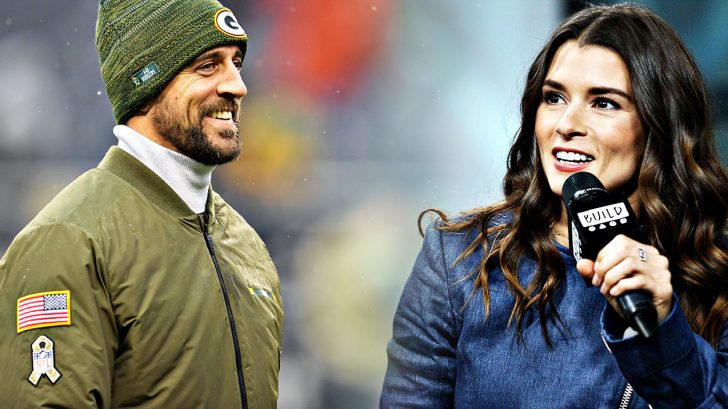 Just short of a month after this NASCAR star’s breakup was confirmed by her rep, she was spotted in NYC just outside of a Fox News building and a reporter asked her a very direct question about her alleged new romance.

On January 2nd, 2018, a celebrity gossip site claimed that former NASCAR star Danica Patrick and Green Bay Packers’ quarterback, Aaron Rodgers, were seen having dinner shortly after Christmas. The site makes other unsubstantiated claims, but nonetheless – rumors began to swirl about the pair.

The Blast caught Patrick on film as she exited a meeting in a Fox News building in New York City and asked her if she was going to be using dating apps now that she’s single – to which she just threw her head back and laughed.

When asked if there was “any truth to the Aaron Rodgers stuff, the dating rumors,” she coyly smiled at the camera without saying a word and then was whisked away in a black SUV.

Patrick and fellow NASCAR driver Ricky Stenhouse Jr. announced their split via her rep in mid-December after five years of dating.

So far, no evidence of Patrick and Rodgers’ alleged night out has surfaced beyond these rumors, but without Patrick denying it – that could mean there’s more than meets the eye.

Watch her full reaction to the question below and let us know what you think in the comments.