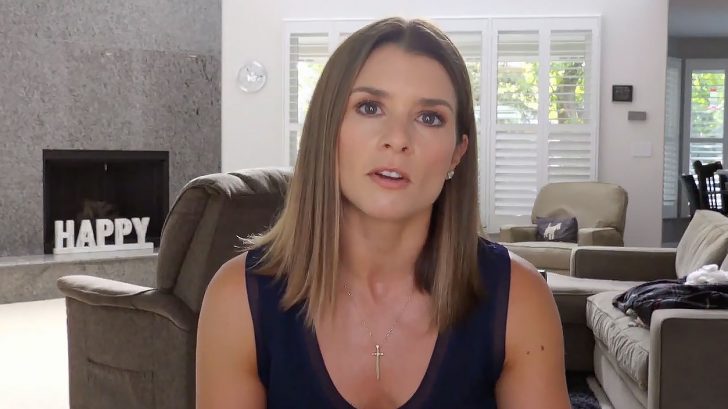 Mars has water! • It’s also known as Lake Powell. ? It just feels like another planet. Its so different and beautiful. Rainbow bridge was cool. ? Being there reminds me how much I love traveling and seeing new lands. ?? • Grateful to be an addition to team Halvey and all their friends! @stephalvorson @ghalvy ❤️

During an appearance on The Rachel Hollis Show  in September 2020, the former NASCAR driver spoke about her relationship with Rogers and what will change in her future relationships. She even went as far as to say that the next man she dates “has his work cut out for him.”

While on the show she said:

“The next guy has his work cut out for him because my intuition, my standards, my boundaries, my wants and needs are like off the charts because I’ve gotten to know me so much more. It’s going to be so much more narrow and specific. I think that’s the challenge with a relationship is — and I said this at the beginning of the last relationship — you either grow together, one grows and one doesn’t, or you grow apart.”

Stupid fun. • Amazing time living life and doing more fun things within “doing less”. We tend to wear working more like a badge of honor. But why?!

Patrick and Rodgers dated for nearly two years. We’ve seen Patrick take to social media to show that she’s not letting the breakup hold her down. In several posts on Instagram, she shared videos and pictures of her hiking, biking, wake boarding, and enjoying days at the beach with her friends.

Super funday Sunday with some truly amazing people. ❤️ • Swipe to the second pic….. Vibin at about 900. ✨

Watch Patrick’s interview on The Rachel Hollis Show below.