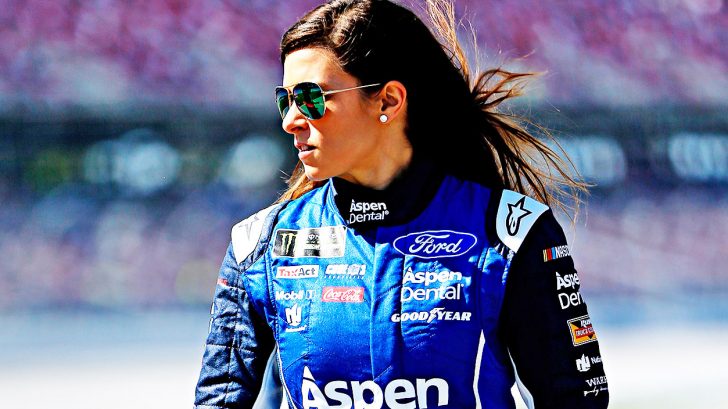 Before ending her five-year relationship with fellow NASCAR driver Ricky Stenhouse Jr., this famous female driver explained that she took out an “insurance policy” on her future.

Sitting down with Joe Rogan and talking about her career, retirement, future plans, and relationships, Danica Patrick shared some personal and surprising information – and revealed exactly why some people thought she looked pregnant.

Thank you @entrepreneur for a wonderful afternoon speaking at #entlive!!!! Being inspired and inspiring is powerful stuff! Dare to dream. @davidmeltzer it is always a pleasure to talk with you and going deeper with the topics we cover! Until next time! @godaddy @prettyintensebydanica @somniumwine @warriorbydanica

As she realized she was getting older, Patrick explains that she wanted to ensure her ability to have a family in the future, so she elected to do an in vitro fertilization treatment to freeze her eggs. The 35-year-old also cited her hazardous career as a driver as an additional reason.

It's been a pretty great day with these hams! (sister @brooke_selman And @chase.selman Kiddos)!!!!!!! ?

Even though she is retiring from racing now, this was in the middle of her career as a driver and she had been dating Ricky Stenhouse Jr. for a while. Now, both her career and relationship have come to an end, but she still has this “insurance policy” on her biological clock.

Explaining the procedure to Rogan, Patrick says that she had to take a ton of shots in her stomach for months and then the eggs would grow inside her – but the measurements doctors wanted became nearly overwhelming!

“You go in for ultrasounds to see how many follicles are growing on each side – the follicle is what grows the egg,” she explained. “It was good for me, but…they want them each to get to basically an inch by an inch – each of them!”

“Yeah! You do – you look like three months! I mean, I was huge!” Patrick exclaimed. ” I was so uncomfortable.”

Even though the treatment was tough for her, she says it was all worth it.

Watch Danica Patrick explain all of this to Joe Rogan in the video below. (Starts at 1:16:03)