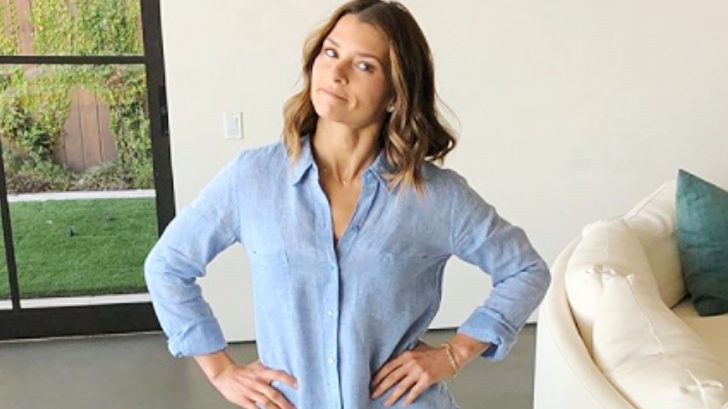 Danica Patrick had some wise words for her fans on Monday, August 10, after receiving some harsh criticism of her personal life from an Instagram follower.

Danica took to her Instagram stories to share a screenshot of the comments from one of her posts and circled one comment in particular that read, “At 38, its [sic] over for you in the relationship world with high value men from a failed marriage to failed dating clearly you have a problem dating.”

At the top and bottom of the screenshot, she addressed the comment, writing:

“If we let what one person thinks of us be our reality, we are doomed. Realize that what someone says to us has a lot more to do with their own wounds and reality than ours. Our reality is our decision. Still not easy — but true.”

News broke that Danica and Aaron split after nearly two years of dating in July of this year, and her rep confirmed the news stating, “they are no longer together.”

Her rep confirmed the split.

In an image posted on Instagram, Danica revealed that in the weeks following the split from Aaron she began taking classes. The classes provided emotional therapy through the movement of the body and breath, and she was loving them.

I’ve got me, I always have. • I started doing @theclass last week because @lilyniels has been loving it and we did a few classes together. Turns out, now I do too! It’s emotional therapy through moving the body, breath, and acknowledging what comes up. In class you put your hand on your heart and lower stomach (sacral) to reset the body between moves. ……Today I put my left hand on my stomach…. and the back of my right hand on my back, surrounding the solar plexus chakra, and all I heard was – I got you, I always have. That is the main chakra that lights up on me in life. ✨ • We all “got” ourselves WAY more than we give ourselves credit for, that was the message for me today anyway. I mean….. we got this far didn’t we friends?!!!! ?

Danica proved she is living life to the fullest, all while showing off her smoking hot bod and having a blast with friends on a boat post-breakup.

In two separate posts on Instagram, she shared videos and pictures of her learning how to wake surf and wakeboard with some friends on Wednesday, August 5, 2020.

She captioned the first post: “The front of the boat was where you could find me today.” Danica shared four slides in all, the first of which featured her and a friend wearing matching cut-off jean shorts and sleeveless tees that read “Namaste Beaches.” The others showed her sitting crisscross on the front of the boat looking extraordinary in a tan leopard print bikini, a video of her from behind taking her flag duties very seriously, and a cute boomerang video of her and a friend jumping off the boat and into the water. She looked like she was having an absolute blast!

The front of the boat was where you could find me today. • Learned that from my mermaid bestie @stephalvorson! Since I love movie lines, of course when Greg hit the throttle I opened my arms wide and said, “I’m flying!” #jackandroseforever

In the second post, Danica showed off her new skills, or lack thereof, in wakeboarding and wake surfing.  In the first video, she kills it in wake surfing. However, wakeboarding seemed to be a bit harder for her to get the hang of.

Watch Danica interview Aaron for her podcast Pretty Intense below!