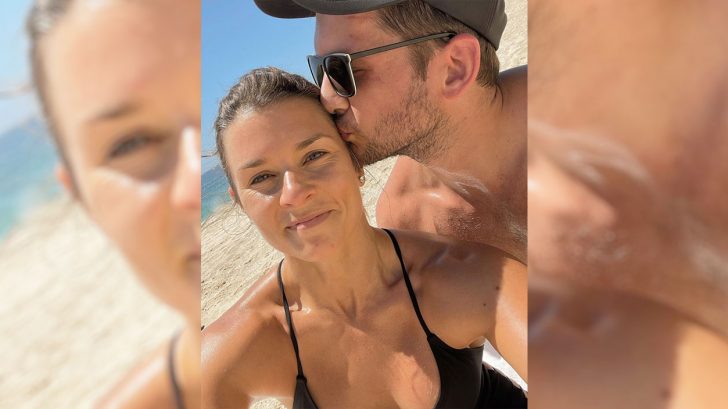 The former NASCAR driver took to Instagram on April 16, 2021, to post two selfies at the beach. The first one is just an individual selfie, but the second features her new love interest, Carter Comstock. She captioned the post, “Beach workouts are fun for one, but better with you.” Comstock kisses Danica’s head as she smiles for the picture.

Carter Comstock is the co-founder of meal-prep and delivery company, Freshly.

While the Instagram post didn’t directly say the two of them were dating, Patrick’s rep confirmed the relationship with Page Six.

Two days later, Patrick posted a series of photos where she’s enjoying time in Mexico with her friends. In one of the photos, Comstock is seen standing by Patrick.

Last July, Patrick split from Green Bay Packers quarterback, Aaron Rodgers. The two of them dated for two years and soon after their breakup, Rodgers began dating actress Shailene Woodley, with whom he recently got engaged.

During an appearance on The Rachel Hollis Show, the racecar driver spoke about her relationship with Rogers and what will change in her future relationships. She even went as far as to say that the next man she dates “has his work cut out for him.”

While on the show she said:

“The next guy has his work cut out for him because my intuition, my standards, my boundaries, my wants, and needs are like off the charts because I’ve gotten to know me so much more. It’s going to be so much more narrow and specific. I think that’s the challenge with a relationship is — and I said this at the beginning of the last relationship — you either grow together, one grows and one doesn’t, or you grow apart.”

Watch the entire interview below.