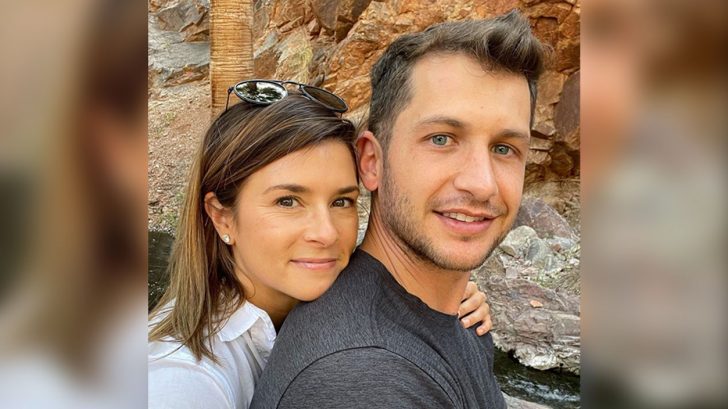 Since going public with her new boyfriend Carter Comstock, Danica Patrick appears to be extremely happy and has since enjoyed sharing more of the relationship with fans.

On Saturday, May 22, 2021, the former race car driver, shared a photo to Instagram that showed some PDA with the Freshly co-founder. The two lovebirds had just completed a couple’s workout and captured the kiss. “Kisses and cardio,” she wrote in the caption. “Saturday things. Followed by waffles. Also, babe knows more about fitness than me… so I said, you’re in charge.”

After the still image, Patrick also posted a time-lapse of their workout which looked pretty intense!

Patrick announced her relationship with Comstock, on April 16, 2021 by sharing a selfie of him kissing her on the head. “Beach workouts are fun for one, but better with you…” she wrote.

While it hasn’t been revealed how the two of them met, according to the Associated Press, they are both a part of the group that made investments in beam, the direct-to-consumer wellness brand known for THC-free CBD products.

During an appearance on extratv, the racecar driver spoke to Rachel Lindsay about her new relationship. Watch Patrick talk about it below: