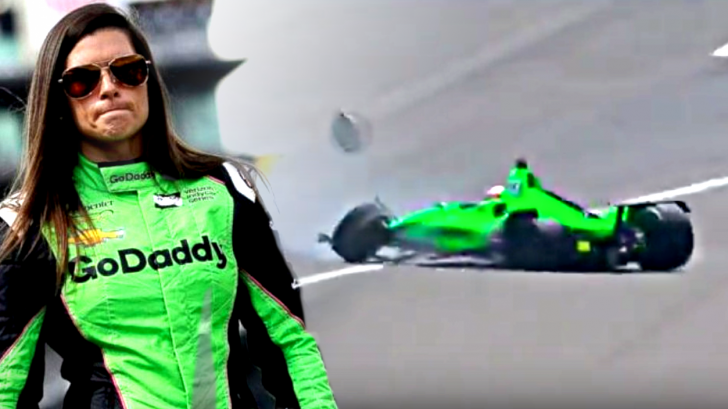 Just minutes after starting her final race in motorsports, Danica Patrick‘s career has ended in disappointment.

Patrick, who announced her retirement from motorsports at the end of last year’s NASCAR Cup Series season, had decided she would race two final times in a tour she was calling the “Danica Double.”

Good luck to @DanicaPatrick on the final race of her career and finishing the #DanicaDouble. Have fun at the #Indy500 today! pic.twitter.com/LQGkcb9CZd

Already a wildly-successful businesswoman outside of NASCAR and IndyCar, Danica had decided that after a rough couple of seasons, she was going to exit motorsports altogether and focus her time on her other businesses.

She competed in the 2018 Daytona 500 as part of her two-race finale and crashed hard, sending her home early without finishing. Her second race was the 2018 Indy 500 – the motorsport division where she made her name.

Now, just hours after the gates opened and fans flooded into the Indianapolis Motor Speedway, Danica Patrick’s career has come to a very disappointing end – and one that she had prayed wouldn’t happen.

Having already placed high in the Indy 500 qualifying rounds – and starting off in seventh during the race, her car got loose on the 68th lap and sent her flying into the outer wall on turn two.

Danica Patrick’s driving career has just ended in disappointment as she crashes out of the Indy 500 on Lap 68.

Cameras captured her visibly-distraught mother as she watched from the sidelines while her daughter’s career came to an end that nobody wanted to see.

Walking out on the media floor, she expressed her deep sadness about how her final race had ended.

Danica Patrick visits the fourth floor of the media center for a final interview. “I don’t really want to be here, because I’m pretty sad,” she says.

Watch the video below that captures her crash and mother’s reaction to the career-ending moment.