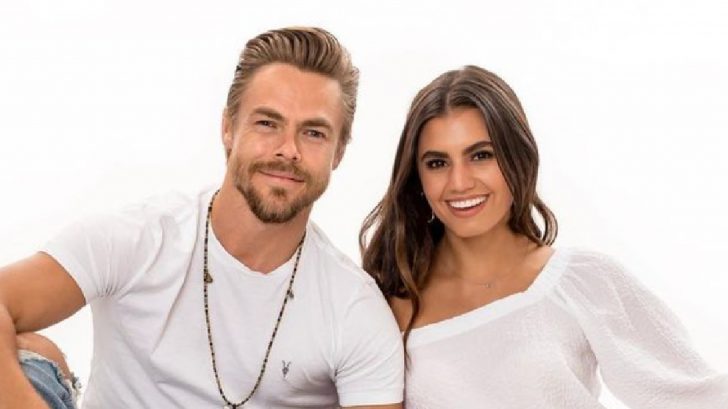 Congratulations are in order for Derek Hough and Hayley Erbert! The Dancing With the Stars pro announced on social media Thursday that he had proposed to Erbert and she said “yes.”

“It’s only the beginning…the beginning of forever,” Hough captioned a photo of him and his new fiancee who is also a dancer.

Troy Williams of Simply Troy Lifestyle + Events helped planned the proposal and told PEOPLE that Derek popped the question last Monday. “Derek surprised her and got her out of the house for the afternoon. He wanted their home transformed. They’re an adventurous couple and have seen such big moments, but their home is their sanctuary and it’s where they fell even more in love.”

Paris Jewellers created the stunning diamond engagement ring and shared a closeup of the couple and the ring on Instagram.

“We were incredibly honoured to be chosen by Derek Hough to help create this flawless ring for Hayley Erbert. Our co-owner Chau Lui listened to their favourite song ‘Someone to Stay’ to help inspire elements of this once in a lifetime ring which is just like their love,” the photo caption read. “Derek is kind-hearted with infectious positive energy who radiates love for Hayley. We are filled with so much joy for this special couple and wish them a lifetime full of love and adventures.”

Troy Williams also shared that the proposal came as a surprise to Erbert who thought that she was working with Williams on a birthday surprise for Hough, her boyfriend of 7 years.

“She thought she was surprising him for his birthday, but as soon as he got her out, we moved out all of their furniture and completely transformed the space with 250 candles and flowers,” said Williams. “We used 1600 roses, orchids, white peonies and pampas grass from In Blume Florist that were all the colors of their home.”