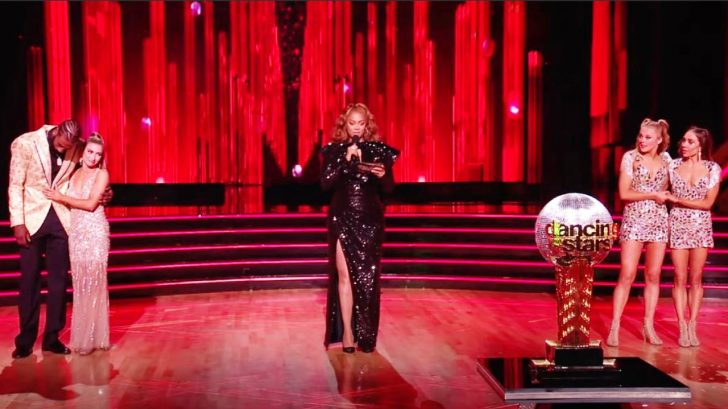 Dancing With The Stars made history on Monday night (Nov. 22) during the Season 30 finale. It was already a history-making season, with the very first same-sex partnering, but while crowning the champion, the show made history once again.

Pop star and TV personality Jojo Siwa and her pro partner Jenna Johnson Chmerkovskiy became the first same-sex couple to compete on the show, and they made it all the way to the finals! Joining them were The Talk co-host Amanda Kloots, Peloton instructor Cody Rigsby, and NBA star Iman Shumpert.

A post shared by Dancing With The Stars #DWTS (@dancingabc)

All four couples performed twice on Monday’s show: a fusion dance, combining two different styles of ballroom dance, and a freestyle, where there quite literally are no rules for the routine. Shumpert and Siwa sat at the top of the leaderboard after both receiving perfect scores on both dances. Kloots wasn’t far behind with a total of 38/40 on the night, and Rigsby’s final score was 36/40.

When it came down to the final results, Kloots and her partner Alan Bernstein were announced in the 4th place position, and Rigsby and his partner Cheryl Burke came in third. That meant Siwa and Shumpert were the final two, and either way, the show would make history! Shumpert had already made history being the only NBA player to reach the finals.

Congrats to Shumpert and Karagach! Watch them talk about their historic win below