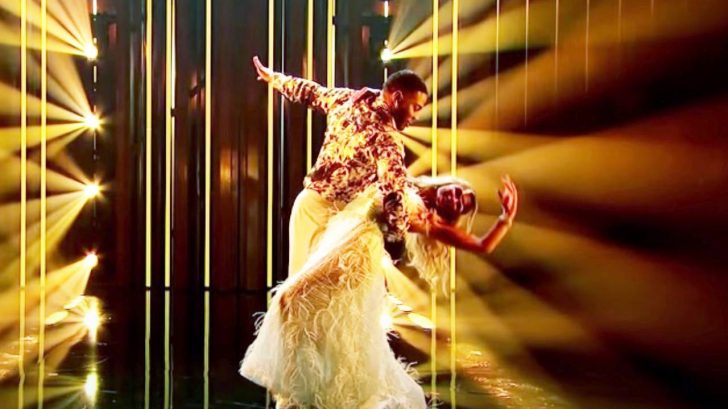 When rapper Nelly found out he was dancing the Viennese Waltz on Dancing With The Stars to Tim McGraw’s song “Humble And Kind,” he was excited.

A rapper performing that kind of dance may not make sense, but part of the reason he was excited was because of his relationship with McGraw, who he called, “my dude” in the pre-performance package. The two had a huge hit together back in 2004 called “Over and Over Again,” which went to number one on several different charts.

Just like him participating in Dancing With The Stars, people told him that he and country music won’t mesh well, but he proved the nay-sayers wrong on both accounts.

Although he is a hip-hop rapper, Nelly admits that he loves the stories country music tells and is a huge fan of Hank Williams and George Strait. He even revealed that he has a country-influenced EP coming out soon called The Heartland Project.

He also had a country hit with Florida Georgia Line in 2012 and has toured with them a couple times.

His performance was a stark contrast to his hip-hop persona, showing off his soft and elegant side with the Viennese Waltz. Judge Carrie Ann Inaba said she was “without words” after his dance, while Bruno Tonioli said, “You’ve never been so charming and endearing.”

They received a score of 24/30. Watch their performance below.