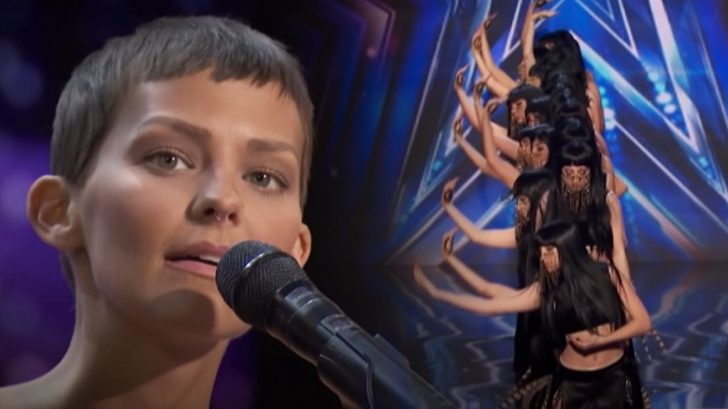 The world feel in love with Nightbirde after hearing her perform her original song “It’s OK” during the auditions for the 16th season of America’s Got Talent in 2021. The song was inspired by Nightbirde’s battle with cancer.

Nightbirde told the judges she had a 2% chance of surviving. But despite everything that happened to her, she had an incredibly postive outlook on life.

“It’s important that everyone knows that I’m so much more than the bad things that happen to me… You can’t wait until life isn’t hard anymore before you decide to be happy,” she said.

Nightbirde’s performance received Simon Cowell’s Golden Buzzer. Unfortunately, Nightbirde was forced to drop out of the competition when her health took a turn for the worse. She passed away on February 19, 2022 at the age of 31.

The members of the dance group Mayyas were some of the many people who were touched by Nightbirde’s performance and message. They felt inspired to audition for AGT’s17th season after seeing her Golden Buzzer performance.

Mayyas’ stunning routine moved all of the judges, especially Sofia Vergara. She said, “There are no words to explain to you what we were feeling over here.”

Sofia also told the group their performance was the most “beautiful, creative dancing” she had ever seen. From there, Sofia stepped forward to press the Golden Buzzer for Mayyas. Like Nightbirde before them, the group can now say they’re a Golden Buzzer act!

Since they received the Golden Buzzer, Mayyas will move directly into an advanced stage of the competition. We can’t wait to see their next performance!

Watch Mayyas’ dance and learn more about how Nightbirde inspired them by tuning in to the video below.