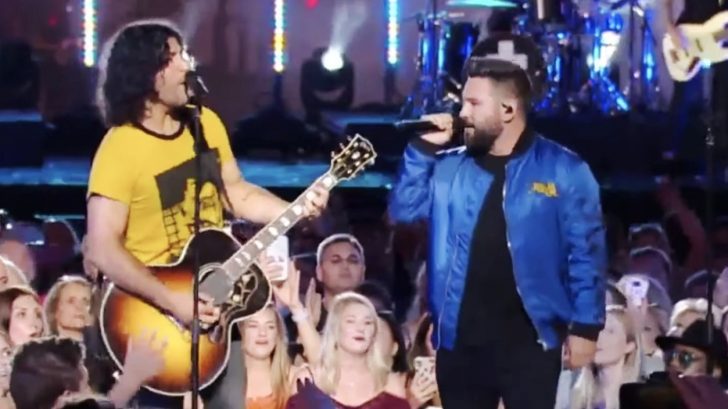 Taking to the streets of Nashville where they got their start, duo Dan + Shay gave the CMT Music Awards one heck of a performance!

The Grammy Award-winning duo teased their performance a couple days before saying there would be some “surprises.”

Dan + Shay Get Ready for the 2019 CMT Music Awards

Dan + Shay might have a surprise planned for the 2019 CMT Music Awards ?See if they win TOMORROW at 8/7c!

The duo had already won Duo Video of the Year for “Speechless,” so they were on a high, and they brought that energy to their performance of their latest single “All To Myself.”

Broadway was filled from one end to the other with fans, and every bar’s neon signs were lit up, looking like a honky tonk highway.

It’s no surprise these guys are on a winning streak, their performance was flawless.

This will be one performance people will be talking about for a long time! Watch it below.