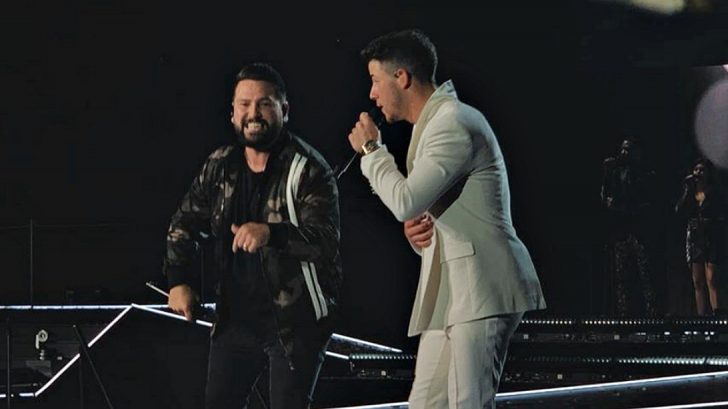 Fans attending the Jonas Brothers concert at Bridgestone Arena in Nashville recently got a sweet surprise when the sibling trio invited one of Music City’s hottest acts on stage.

The Jonas Brothers, who recently reunited six years after their group split, stopped in Nashville on September 10th. While on stage, the brothers invited Grammy Award-winning duo Dan + Shay to join them to perform the country duo’s chart-topping song “Tequila.” Dan Smyers and Shay Mooney took over while Kevin, Nick and Joe danced around the stage in a supporting roll as the crowd sang along enthusiastically.

The collaboration wasn’t the first time Dan + Shay shared a special moment with the Jonas Brothers. In May, Smyers and Mooney were asked to perform at the top-secret wedding of Joe Jonas and actress Sophie Turner. The nuptials took place at the Little White Chapel in Las Vegas following the Billboard Music Awards.

“That was the craziest couple of hours of our lives,” said Shay Mooney told Billboard. “That was wild. But they are close friends of ours and it was cool to be there for that special moment.”

Watch Dan + Shay perform “Tequila” with the Jonas Brothers in the video below.