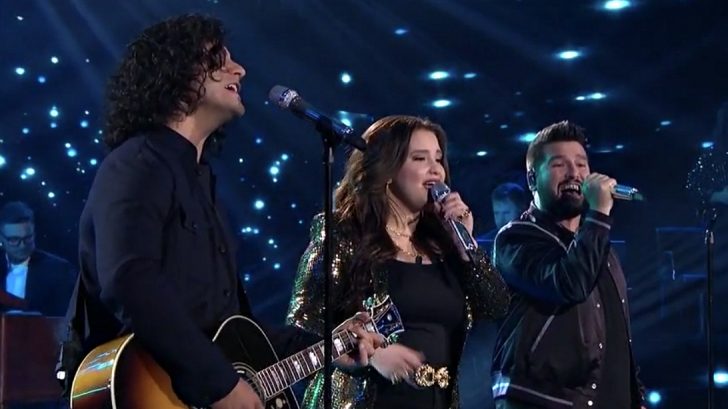 In one of the most entertaining nights we’ve seen during the American Idol revival seasons, Top 3 contestant Madison VanDenberg was joined by Grammy Award-winning country duo Dan + Shay for a chill-inducing collaboration.

The trio performed Dan + Shay’s chart-topping hit “Speechless,” the same song that VanDenburg sang for her Idol audition months ago. The then-16-year-old brought the judges to their feet with her rendition, and was even called “the next Kelly Clarkson” by Katy Perry.

Throughout the season, VanDenburg proved over and over again that she was indeed a massive star. Her flawless and consistently spot-on performances earned her a place in Sunday night’s finale (May 19). Her collaboration with Dan + Shay during the finale show reminded us just why we (and the rest of America) fell in love with her to begin with.

Dan + Shay first took the stage to sing “All to Myself” before inviting VanDenburg on stage to join them for “Speechless.” The performance came shortly after VanDenburg was eliminated from the competition as the third place finisher. Despite the emotion she must have been feeling, Madison delivered a stunning performance.

Watch Madison VanDenburg’s “Speechless” performance with Dan + Shay in the video below.