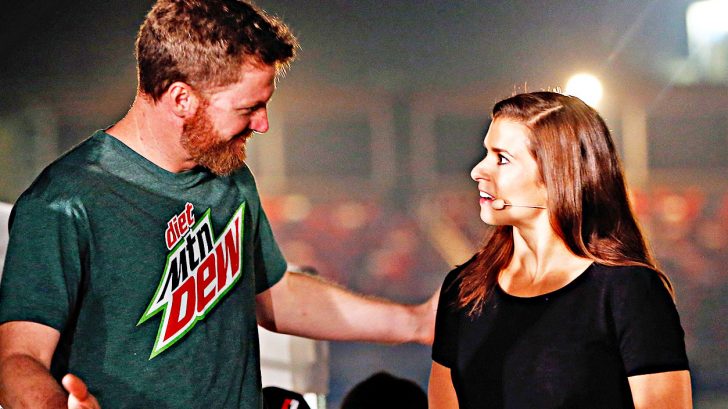 Taking the track this weekend for her final race in NASCAR‘s Cup Series, this longtime driver got a healthy dose of advice from her old friend and former racing partner.

Dale Earnhardt Jr. told USA Today For The Win exactly what he would say to Danica Patrick on the cusp of her retirement from motorsports – and he had a lot to talk about.

“Everything’s not gonna be rosy. It never is,” he admitted. “But don’t let that bring you down, and don’t let that take the enjoyment out of the whole thing. But it’s hard to do because you get in there and get competitive, and you just want to make yourself miserable trying to be the best you can be. I’d tell her to chill on that, if she could, and just enjoy it.“

These two household names are some of the only drivers to have competed in recent years and built an empire of businesses for themselves. This is what Patrick will be focusing on after competing in the Daytona 500 and Indy 500 as her outgoing tour, titled the “Danica Double.”

While Dale Jr. is telling her to “chill” and enjoy her final moments, he also knows how it feels to be on the last leg of your career and desiring to make an impact in the competition.

“The only advice I could give her is: Don’t focus on the results – just enjoy the experience. And I say that because we’re all competitors, and it’s hard for us – even if we try going in to just enjoy the experience – it’s hard for us to not get competitive and not want to do our best. She’s going to want to get in there and try to get everything she can out of the opportunity to finish well and run well. And that’s great, and probably to be expected if you’re going to compete in a race to try and do your best.”

Dale Jr. gave Patrick her start in NASCAR and fielded a car for her in the Xfinity Series with his team, JR Motorsports. She drove under the JRM team for three full seasons before earning a spot in the Cup Series in 2013. She then went head-to-head against ex-boyfriend Ricky Stenhouse Jr. for the rookie title. Because Dale Jr. has known her for many years and they’ve been close friends, he knows the impact her final race could have – and says that she should enjoy every second of it because it’ll be gone in a flash.

“But you need to also remember this is the last Daytona 500 she’s ever gonna run. She would be best served to soak it in, try to really enjoy qualifying and practice and everything in between – everything happening in the days leading up to it, the media attention, all that stuff. Have fun with it. Keep that smile on your face because there will be some peaks and valleys on the performance side of it.”

Patrick is set to exit NASCAR after this race and will do a final run with INDYCAR at the Indy 500 in May before retiring from competitive racing completely.

Do you think Dale Jr. has good advice for Danica Patrick? Watch the video below of her discussing how she feels going into the Daytona 500.