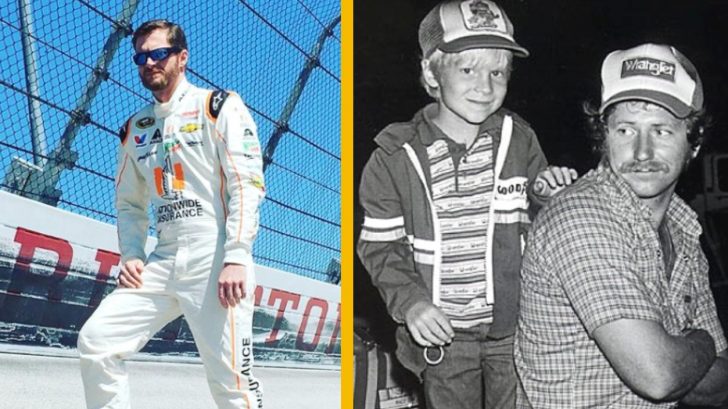 Dale Earnhardt Jr. recently opened up about his childhood experiences and chose to showcase one mischievous decision that he never revealed to his late father.

Earnhardt Jr. did not initially have a strong bond with his father, Dale Earnhardt Sr., and admitted that he decided to pursue a career in racing to grow closer to his dad. Still, there were some secrets that the youngest Earnhardt never shared with his father. In an interview on Dale Jr. Download with Ryan Blaney, the retired NASCAR driver revealed the wildest thing that he did without his father knowing.

“The craziest thing I got away with was probably mailbox baseball,” Earnhardt Jr. explained in the interview. “That’s bad and he would have destroyed me. The one thing that turned me away from doing that [anymore] was I had this [Chevrolet] S-10 with a sliding glass backdoor, and we hit this plastic barn looking mailboxes.”

Earnhardt Jr. also admitted that he learned his lesson before his father learned of the mischief and intervened. He stated:

“Part of it [mailbox] came and gave me a welt on the neck. We also missed the box one time and knocked a big dent into the truck, so I was like ‘alright enough of that.'”

To watch the full interview, check out the video below!