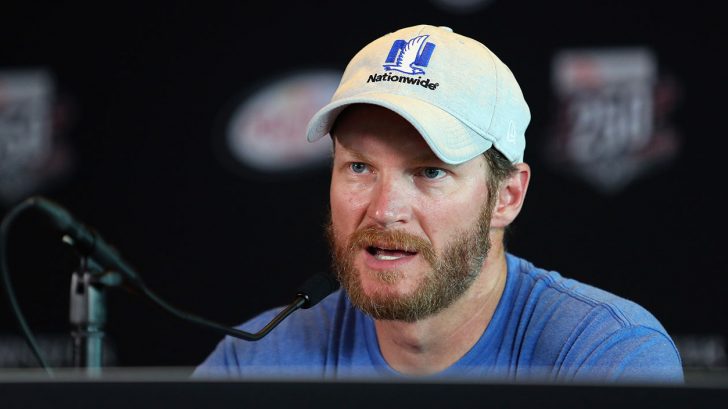 Dale Earnhardt Jr. has never hesitated when it comes to sharing stories and memories of his late father and racing legend Dale Sr.

On a recent episode of the podcast series, The Artist and The Athlete with Lindsay Czarniak, Dale Jr. opened up about some of the fears he still has regarding his father and his racing legacy, hoping that neither is ever forgotten by the NASCAR world and beyond.

The podcast uniquely pairs up athletes and musicians for in-depth conversations. For this episode, Dale Jr was paired up with country artist and longtime NASCAR fan, Darius Rucker.

Dale Jr explained to Rucker and Czarniak his biggest fear regarding his father:

“I think when Dad died, my fear was that there would be a day where people would not remember his impact, and to me…I was just always scared, like, ‘Man, I hope they don’t ever forget the essence of him and his personality and his impact, what it felt like when he walked in a room and what it felt like when he was out on the track.’ And he just had this — he changed the mood. So I’ve kind of always been scared of that.”

He finished his thought on a positive note by adding,

“I’ve also been really happily surprised about how his legacy’s lived on and how people still remember him… it’s been nice to see that.”

Watch the video for the entire podcast episode below.